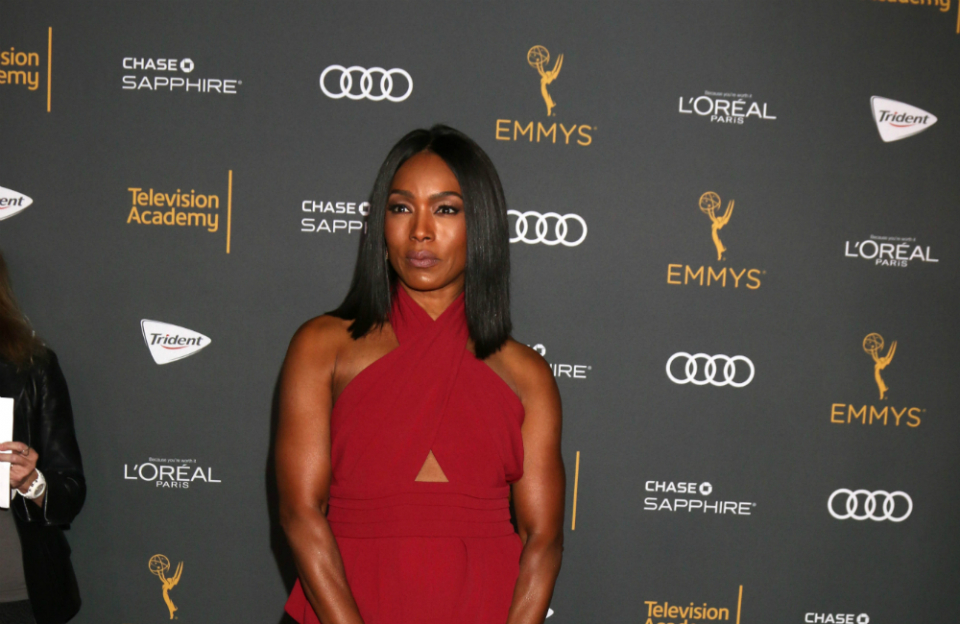 Angela Bassett and her husband Courtney B. Vance wanted their twins to be part of the Black Panther filmmaking process because it is such an inspiring movie.

The 59-year-old actress plays Ramonda — the mother of titular hero T’Challa and Queen Mother of fictional African nation Wakanda — in the Marvel Cinematic Universe movie, which has been praised for having a virtually all-Black cast and positive messages.

Bassett and her actor husband Vance, 57, made a joint decision to keep their 12-year-old twins, son Slater and daughter Bronwyn, away from their work and the world of celebrity but made an exception with the superhero film and allowed them to attend the premiere and even visit the set so they could experience just what a special movie the superhero story is.

Speaking to Vanity Fair about her decision to have her kids at the premiere, Bassett said: “We keep them back from premieres and this sort of thing. We try to keep them doing their own thing, out and away from it all. But [Black Panther] was one that we felt it was imperative that they experienced and witnessed. It’s an iconic film. It’s such positive images … They can see themselves in a light as warriors, as heroes, as kings, as queens, and potential panthers. All things positive. I really wanted them to experience something that in the way they carry themselves, how they walk through the day, with their heads held high and their chests poked out, feeling good about who they are.”

Bassett says director Ryan Coogler, the crew and her castmates — which include Chadwick Boseman as Black Panther, Michael B. Jordan and Lupita Nyong’o — all made her kids feel super-welcome on the set and when they shot scenes on location at the Rwenzori Mountains and in the Bwindi Impenetrable National Park in Uganda, everyone felt inspired.

She explained: “I saw these kids on the set during the day and to see them running around and helping me with my queen garb. The love they were getting from the actors, it was immediate family. They are all aunties and uncles. As we’re waiting on the mountains, with the waterfalls cascading between us and the drummers just drumming, passing the time, the entire mountain would just yell and sway and dance and just groove and gyrate. It was like nothing you’ve ever seen before. It was just like a familiarity and call that went up to the heavens. So it was pretty spectacular. It was just a source of unbearable pride, except that I could bear it. I would bear it a million times over and over … This has to open up success. I hope that this is a clarion call, that it’s something that continues. It’s so satisfying.”