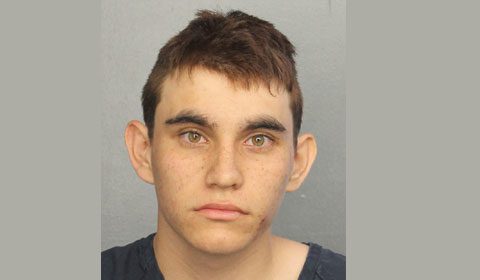 There is news that has caused anger across the nation in regards to the mass shooting that occurred in Parkland, Florida. According to the Broward County Sheriff’s Office, a deputy was on duty and on the scene when Nikolas Cruz gunned down students and teachers at Marjory Stoneman Douglas High School.

Broward County Sheriff Scott Israel identified the deputy as Scot Peterson, 54, and stated, “He never went in … Deputy Peterson did nothing.”

Peterson resigned from his job in disgrace on Thursday, which ended his 30-year career in law enforcement. He was the school resource officer at the high school for the past nine years and a performance review stated he was a trusted officer who “takes pride in protecting the students, faculty, and staff at his school.”

Broward Schools Superintendent Robert Runcie stated to the media, “I’m in shock and I’m outraged to no end that he could have made a difference in all this. It’s really disturbing that we had a law enforcement individual there specifically for this reason, and he did not engage.”

Even President Donald Trump gave his opinion on the matter stating, “What he did, he’s trained his whole life. … When it came time to get in there and do something, he didn’t have the courage or something happened. But he certainly did a poor job. There’s no question about that. He was there for five minutes, for five minutes, that was during the entire shooting, he heard it right at the beginning.”

Trump continued as he boarded Marine 1, “So he certainly did a poor job. But that’s a case where, somebody who was outside, they’re trained, they didn’t react properly under pressure or they were a coward. It was a real shot to the police department.”