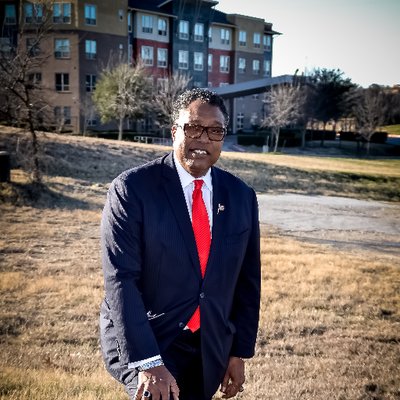 The mayor pro tem of Dallas, Dwaine R. Caraway, is learning there are serious and potentially lethal consequences for defying the wishes of the almighty National Rifle Association.

Caraway is on the receiving end of a downpour of death threats as he urges the omnipotent NRA to take its guns and its buckets of billions and go crash someone else’s city for its national convention instead of the Big D.

He has been emboldened to stand up to “Goliath,” as he called the radical right-wing organization, as hundreds of thousands of high school students spilled into the streets to demonstrate against the NRA as well as the politicians the NRA carries around in their pockets like so many nickels and dimes, including Donald Trump, Sens. Ted Cruz, Marco Rubio, John McCain and hundreds of other powerful federal legislators.

Caraway is also bolstered by the blizzard of businesses that have announced they are terminating their relationship with the NRA, including:

The floodgates have been blasted open, creating a surging flow of national will to end the NRA’s uninterrupted dominance over the democratic political process. Their convention is scheduled to pop off on May 4 at the Dallas Convention Center, but Caraway is fearful that guns might pop off due to the protests that are bound to accompany such a large and high-profile endeavor.

Caraway also mentions the Florida school shooting, which claimed 17 lives, as well as the 2016 mass ambush shooting that left half a dozen Dallas police officers dead. He says the bigger problem is getting politicians on board to show a united front.