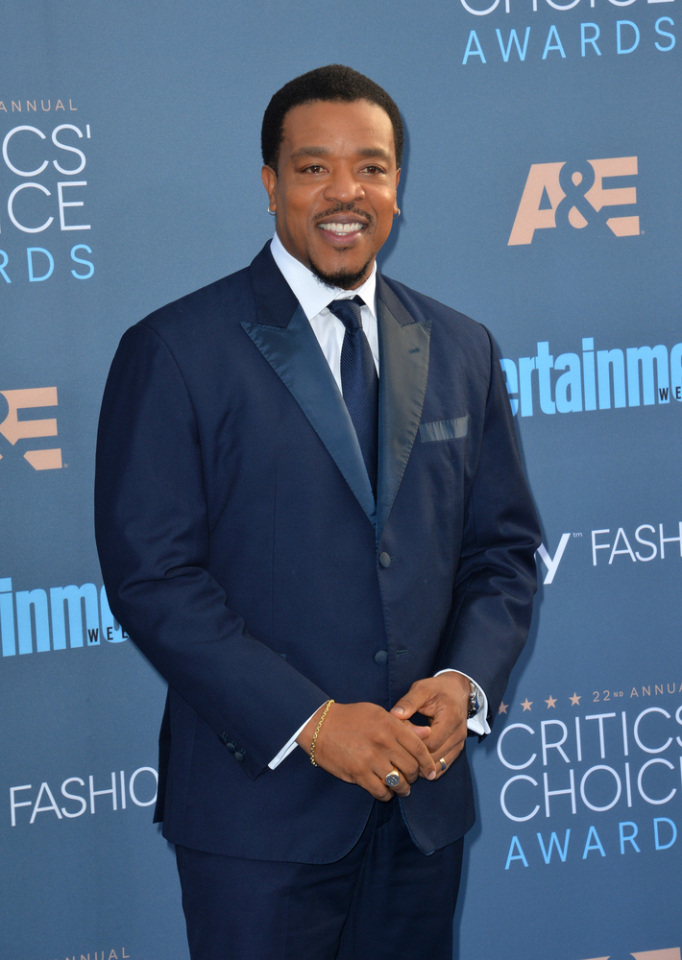 In an instant, life is forever changed for Brenton Butler and his family. After a white cop accidentally hits and critically injures a Black teenager, a northeastern city explodes with racial tensions, an attempted cover-up and its aftermath, and the trial of the century. From creator and executive producer, Veena Sud (“The Killing”) comes “Seven Seconds” — a thrilling new anthological crime drama that explores the human stories behind the headlines, which launches on Feb. 23, 2018, only on Netflix. Actor Russell Hornsby (Fences) plays Brenton’s father Isaiah and talks about how this film informed his perspective on raising Black boys in America.

Tell us about your role as the father in “Seven Seconds.”
Isaiah Butler is a caring, concerned and passionate father. What I appreciate about this character and this role is that with Black men, you don’t get to see the arc of their emotions and him not just being a victim. When you have moments like these, historically, when Black boys are slain, we oftentimes see how it affects the mother, who’s generally out front … doing the press conferences, talks shows and primarily most of the talking.

This time around, with “Seven Seconds,” we see how the loss of a child affects the father, the Black men. Oftentimes, we are suffering in silence and again you’re not able to see the full spectrum of a man’s emotions. He’s a loving father and husband. We get to see that on display in this anthology series.

Do you have kids?
I do. I have two boys. This rocked me. To be truthful, it really rocked me. We shot Seven Seconds a year ago and at the time, my oldest son was 18 months. My wife was nine months pregnant with our second child. I was flying back and forth from New York to L.A. For the first time in my life, my life became more about somebody else, not just about me. I was under what felt like a cloud of doom and dismay. All I could do was think about how will I protect my sons in this world, in this country.

What you come away with and what pains you the most as a Black man is that you realize you are helpless at the end of the day. You realize there is nothing you can do. If someone is going to take your child, they are going to take your child. If the police are going to run with impunity, there is nothing you can do about it. Like Ralph Ellison said, as Black men, we have been deemed invisible when it comes to our manhood and how it’s perceived in our society.

I believe we have not been counted in regard to how we feel as protectors and providers for our families. When you are left with no ways and no means of doing either, what are you left with? Society has deemed you obsolete. I was able to take that journey because I am married, have two boys and can put myself in Isaiah’s shoes, and can say how I would feel if? How would I react if? I really wanted to bring some humanity to this man. I want people to take note of whom he is, see him for whom he is and for what he has done as a man, a father and a husband. Then, you judge him thusly.

What’s it like working with Regina King?
I am humbled. It is a distinct and an honor to work with the august Regina King. I would call her Queen King. This woman is one of our treasures. She’s an actor’s actor. She has craft to burn. She’s a craftsman who knows what she is doing and she’s got soul. She’s definitely from the rhythm section. She doesn’t compromise who she is at her core for the work. She brings every aspect of who she is as a woman, as a Black woman, as a Black woman from L.A., whose seen things and doing things. She brings all that she’s done and puts it into the work. It’s beautiful to see. She invites you and [proverbially] says “let’s work together, make it right, truthful and honest.” I learned a lot from her like how to conduct yourself on set — how to be diplomatic and deferential — so you can be a full part of the breadth and depth of show business. Don’t sacrifice the work to be a part of the process. We can incorporate everything, be a part of the community and still do the work.

Regina is a born leader. People want to follow her and people want to work with her. I find she is very well-respected in the industry and now I fully understand why.