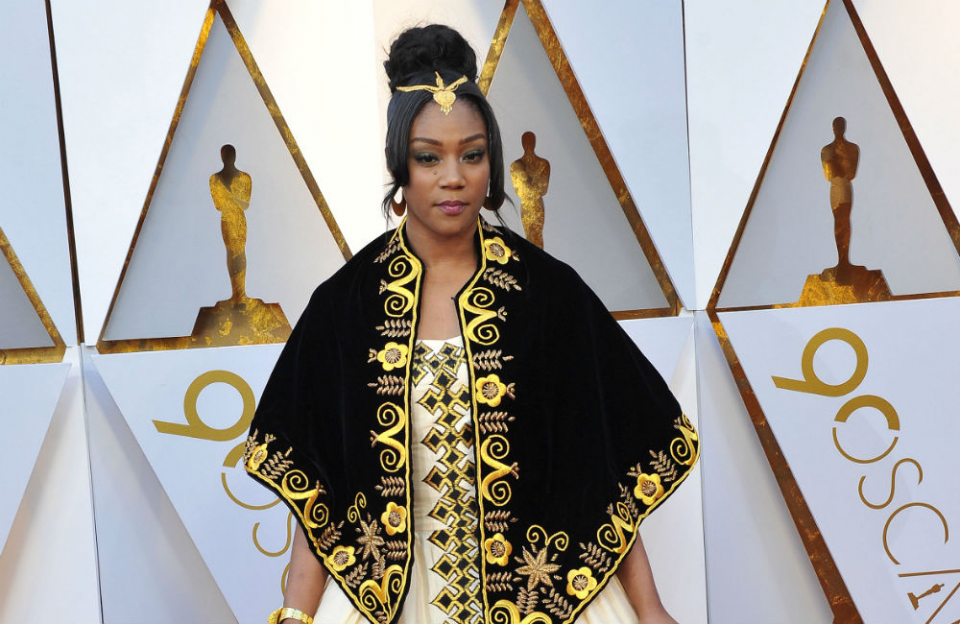 Tiffany Haddish would love to host the Oscars — but only if she gets paid for it.

The Girls Trip star hilariously stole the show when she and Maya Rudolph presented the Academy Awards for Documentary Short and Live-Action Short on Sunday, March 4, 2018, and she’d love to return in a bigger role in the future.

Speaking on the Governors Ball red carpet after the show to “Entertainment Tonight,” she said: “I would totally do it if we get paid! ‘Cause I didn’t get paid for [presenting tonight.]

“I didn’t get nothing. If I get paid, I’m down. ‘Cause, you know, I got bills to pay. I gotta pay for these dresses.”

Tyra Banks was one of the people who thought Tiffany should take over from Jimmy Kimmel as next year’s Oscars host.

She tweeted: “Queen @TiffanyHaddish should host the #Oscars one day!

“Retweet if you agree! Let’s get her some money!”

But Katy Perry took things a step further and suggested the 38-year-old star should run for office with Maya.

While on stage, the actress wore an Alexander McQueen dress that she’d previously donned for the Girls Trip premiere and hosting “Saturday Night Live” and she was delighted to give the gown another outing. She sported two other looks during the evening.

“That was amazing. Rocking my $4,000 Alexander McQueen dress again. Wearing this Brandon Maxwell dress. Feeling cute because he made [it] for me.

“Rocking my Eritrean princess dress for my father [at] the beginning of the evening. That was amazing,” she said to “ET.”