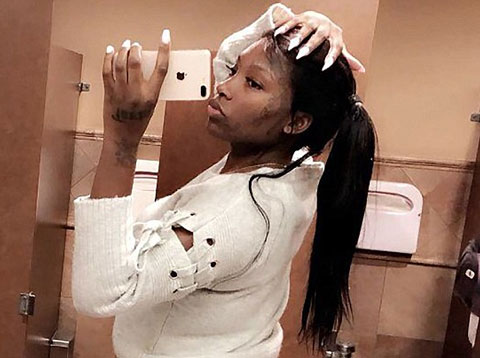 A California escort who describes herself as the “most hated h– in L.A. has apparently lived up to her name in heinous fashion. Melanie Denae Williams, 22, had no problems with being called a h–, in fact, she would rather you call her “pretty h–,” which was also is the name of her website prettyhoe.com where she would advertise her services.

It was all part of a long investigation that led to Williams’ arrest on Christmas Eve 2017. According to an FBI statement, Williams had made a woman strip naked and then poured bleach on her and beat her with a broomstick. Williams met the woman on social media and forced her into prostitution according to the FBI. The victim was tormented by Williams who had her tattoo “Melanie” on her body to show her ownership. Williams was infamous on social media platforms where she posted videos of herself violently beating men and women who upset her using the handle pretty304. In addition, Williams is accused of trafficking two minor females and her arrest may be part of a larger federal task force into organized sex trafficking.