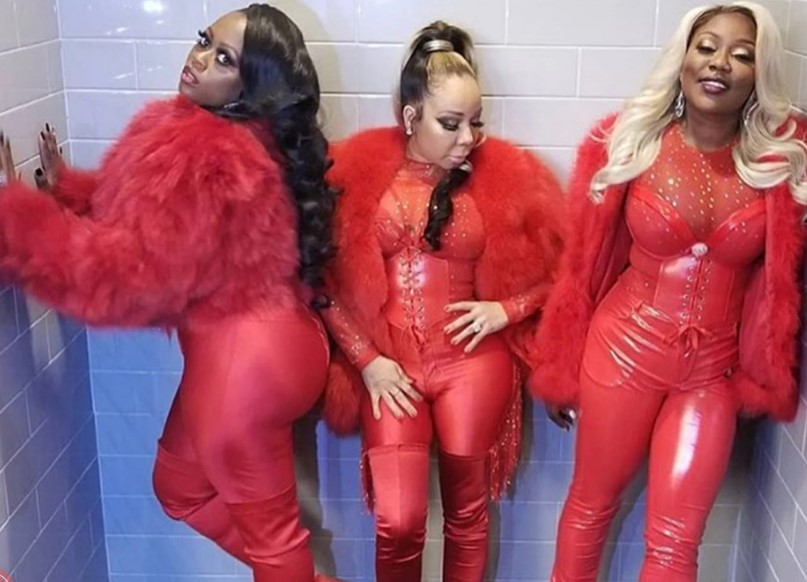 Tiny Harris got hounded a little bit when she posted a risque photo on her Instagram account featuring her with the other two Xscap3 bandmates in masks and veils.

First off, Tiny captioned her picture: 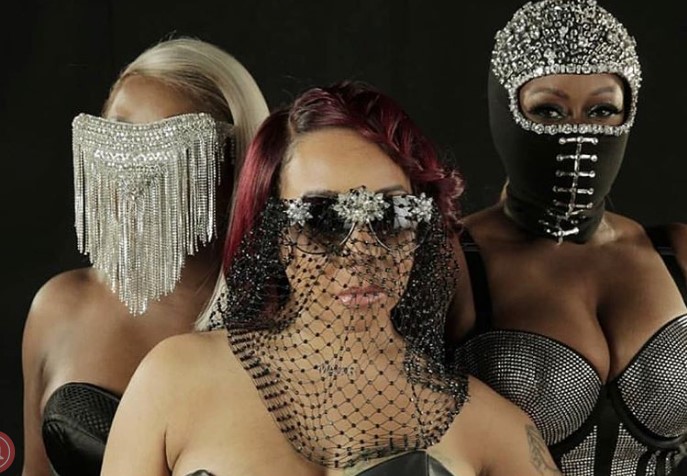 Some of her fans became were perplexed by the meaning behind the statement. One fan thought that she might be referring to T.I. and that the marriage reconciliation had gone awry again.

Other fans recognized the lyrics from Beyonce’s repertoire and slammed Tiny for not mentioning her in the caption:

“At least a Beyonce hashtag would be nice…… Something after dropping her line #beoriginal.”

Some Xscape fans derided the women’s outfits, claiming that it was not a good look for them at all.

“Not a good look – you lost me WHY COVER UP BEAUTY DONT GET IT,” one of her followers wrote, and another one came to these ladies’ defense saying that they can dress any way they please.

One follower mentioned Kandi Burruss and wrote the following: “Kandi is still in the group she just not doing new music she wants to keep the Legacy the way it is. She will return with the ladies this summer at Essence festival.”

“This pic says a lot! They ain’t come to play!!! They came to slay! #ESCAP3 I’m here for it! This EP is all about women empowerment! Y’all helping ppl get over some no good folk in their lives! Yassss! @majorgirl tiny many refuse to support y’all that are claiming to be friends. But what they don’t know is, GOD got this one! He has prepared a table! None lacking! Go forth,” a third one wrote next to the fierce pic.