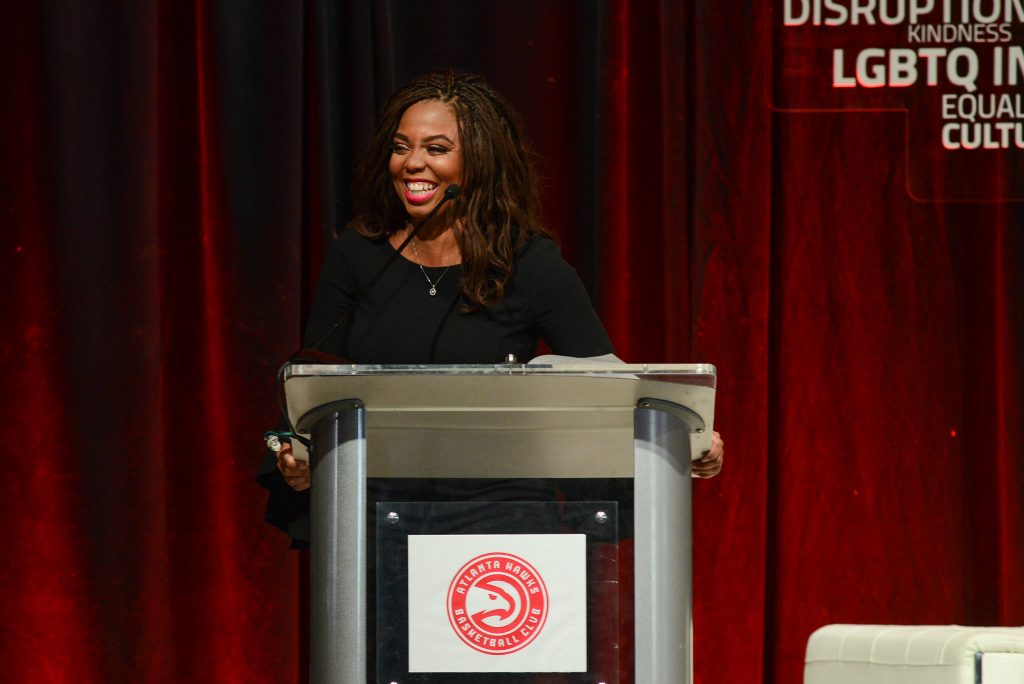 Since Donald Trump’s victory in the presidential election, the nation has experienced multiple incidents of overt racism and discrimination.  At the same time, individuals who oppose things they know to be wrong, have taken a stand, protested, and come together to press for change — behaviors which have commonly become known as “social disruptions.” From the #TakeAKnee protests to the #MeToo movements, Trump’s presidency has awakened and emboldened the young and old to fearlessly fight for their rights as American citizens.

Some news journalists, such as former ESPN co-host Jemele Hill, believe they must use their platform to continue to stand at the forefront. Fighting against major businesses and risking their own jobs, they have unapologetically stood up for the voiceless by sharing viewpoints and expressing personal thoughts — all which have been harshly judged by those who believe journalists should remain neutral. Undeterred, these commentators seek to find ways to speak up about what’s wrong in society and about the need to be courageous in fighting on the behalf of others.

On March 14, the Atlanta Hawks held their third annual MOSAIC (Model of Shaping Atlanta Through Inclusive Conversations) symposium. “Disruption” served as this year’s theme, with Jemele Hill asking the audience “Are you willing to be a disruptor?”

“I would consider myself a disrupter, but just in a different way,” says Hill. “Because I’m a journalist, I believe in putting information into context. I think information disrupts. When you have the information, you can’t lean and depend on your ignorance, and a lot of people out here are willingly digging down into ignorance, completely dismissing the information on purpose because they would rather let their emotions be facts — I would rather let the facts lead to my emotions. That’s the way I choose to disrupt.”