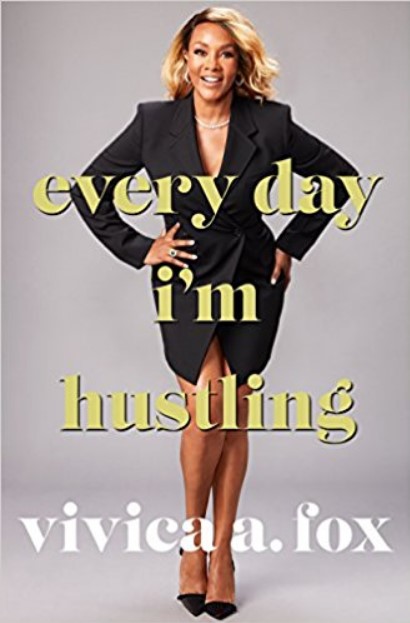 Remember the explosive relationship between 50 Cent and Vivica A. Fox more than a decade ago? Even if you don’t, or don’t want to relive it, you will as Fox dishes about her sex life with the rap mogul in her upcoming self-help book, Every Day I’m Hustling.

Curtis Jackson is not happy about it, either.

Fox said she had no intention of doing the book until the rapper kept lying about her performance to members of the media, the New York Daily News reports.

Fox, 53, says she and 50 had amazing chemistry, but 50 was ultimately focused more on his career than their love life.

“Most of the time, I would be the one initiating sex, because I really enjoyed making love with him,” writes Fox, who also describes their sessions as PG-13 but “cherished and special.”

Fox claims 50 was set to pop the question to her during a 2003 trip to Monaco.

She goes on to say the “Power” creator and producer was going to rent out a theater in Monte Carlo and show a print of Kill Bill, Vol. 1 — Fox was a star in the film — and afterward, he was going to get on one knee and put a 14-carat diamond ring on Fox’s finger.

But he abruptly changed his mind after having a petty fit when he felt Fox was outshining him by hogging the spotlight.

The rest of Fox’s memoir includes life lessons and chapter headings like “Knock on Success’s Door, Honey. Hell, Kick It in” and “The Devil Is Fine and That’s How He Gets You.”

Fox’s book is set for an April 3 release.

50 Cent was shocked by the release and, according to the New York Daily News, had this to say: 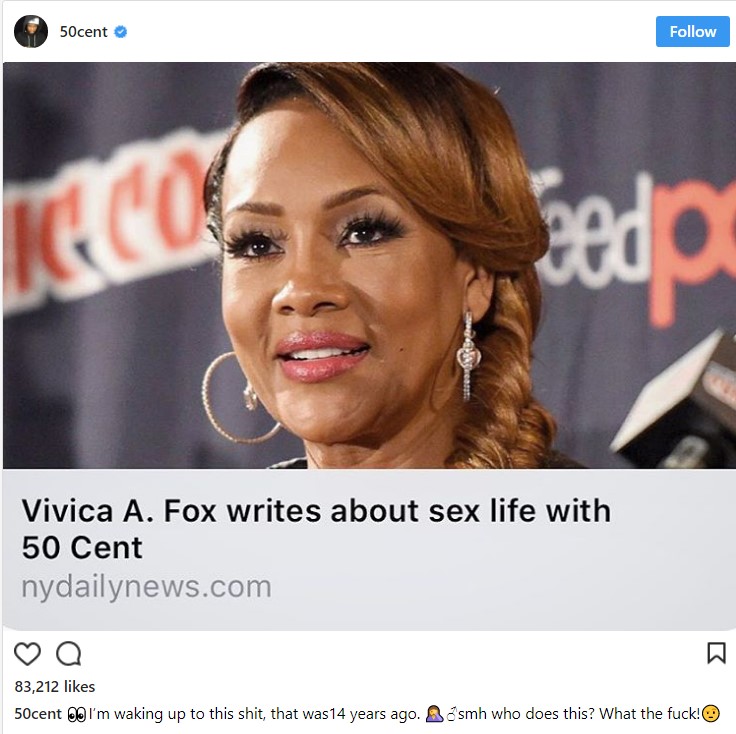