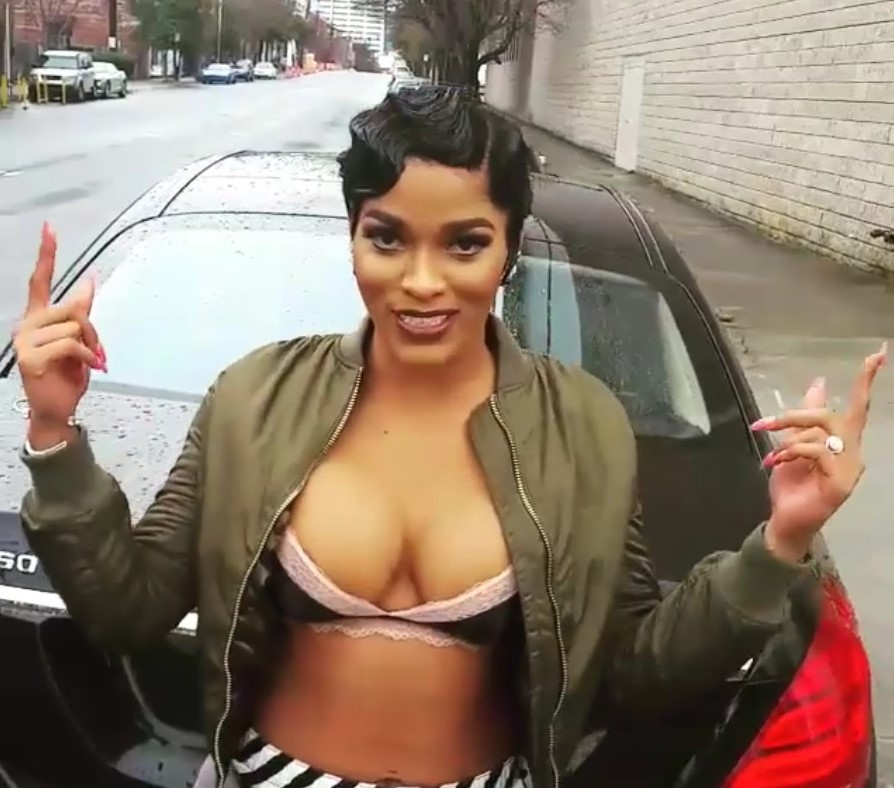 The reality star and self-proclaimed “Puerto Rican Princess” left skid marks off the set of LHHATL last year when, tired of having her image being mangled by producers of the show, she unleashed a stream of obscenities at Scott Young as she stormed away from the show.

Hernandez, the mother Bonnie Bella with ex-boyfriend Stevie J., blasted Scott Young for allegedly using Black people to make millions of dollars and make a name for herself.

Stevie J’s baby mama also claimed Scott Young stole thousands from her and constantly pushed her to fight and act ghetto on the show.

Hernandez said the “Love & Hip Hop: Atlanta” reality series would not survive without her and the ratings thus far show that she is partially right.

Kirk Frost and Rasheeda’s divorce drama and the arrival of Erica Mena weren’t sufficient to retain the audience’s attention, and many have begged Scott Young to bring the lightning rod Hernandez back into the LHHATL fold.

This weekend, Hernandez threw some shade at Scott Young by writing this on Instagram: “When 1.2 million won’t even cut they Tv on!”

The season 8 premiere was one million viewers short of season 7, according to the Nielsen Ratings.

On Monday, LHHATL drew in 2.21 million viewers. The season 7 premiere brought in 3.21 million. That is quite a reduction in viewership. However, 2.21 million is still a sign of a strong fan base.

LHHATL is not the only one in the franchise that has seen a decline. LHHNY also dipped in viewership in its 10th season.

Many have sided with Hernandez in her cold war with Scott Young:

A female follower of Hernandez said this under her Instagram post: “Facts…. Joseline was original. No replacing her. I don’t watch it anymore @joseline u was the show you were the reason I watched it. Like Mona what was that? She needs to quit playing and cut Joseline her check and bring her back Erica is a mess. Not Gon lie, I miss her saying, Mimi, the maid, and Steebie the help. But if it weren’t for her the show wouldn’t reach the level it is now she carries it on her back as a talent she brought what consumer’s wanted, and she brought them views and money.”

One person added on IG, “These are true facts right here ever since you have not been on the show I have not watched okay I can say I have not watched Love & Hip Hop, Atlanta Love Hip Hop Miami none of them. She ain’t even on there no more & she still part of Mimi’s storyline smh they still bring sis up #TheScorpioEffect. I watched the first episode and they still talking about her, plz bring Joseline back. The show just not the same without her.You made the show. I monitor the ratings for her. Joseline needs to be on the show cause she is creating new music, building business empires, and being a mother. Life is great!!!!”

A third person quipped: “Girl, you are love and Hip Hop… I’m glad u knee your worth. Good for you. Tommie is a sloppy drunk. Interesting thing about Joseline is you never saw her go under due to her vices. The ATL series definitely different without her, but just like Erica I wouldn’t rule out a return she does live in Miami now sooo LHHMIA.”

Will the pleas from fans be enough for Scott Young to humble herself and ask Hernandez to come back? Do you attribute Hernandez’s conspicuous absence for the ratings dip?