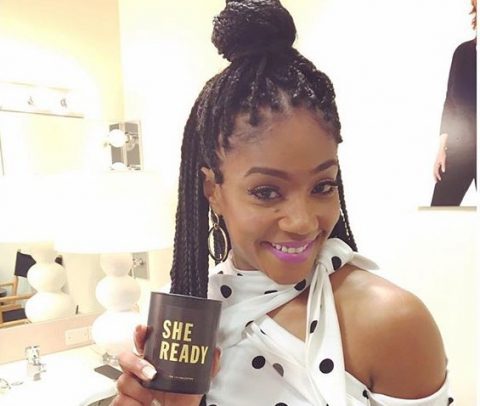 Tiffany Haddish will not be protesting Netflix anytime soon. The comedian responded to Mo’Nique’s initial attempt to call for a boycott of the online streaming service.

In an interview with GQ, Haddish said that she would save her protests for a more just cause.

“My business run different than her business,” Haddish said. “I don’t live her life. I don’t have that husband of hers. I’m looking at how [Netflix has] opened up so many opportunities for black females and comedy. When my people are dying, that’s when you gonna catch me protesting. I’m not gonna protest because somebody got offered not the amount of money they wanted to get offered. If you don’t like what they’re offering you, just no longer do business with them. ”

Haddish continued by saying that other Black entertainers would suffer from a Netflix boycott. “If I protest Netflix—what about all the black shows that are on there,” Haddish said. “What about all the other actors that are working on there? All the Indians, the Hispanics, the Asians. My show, The Carmichael Show, airs on there right now. It ain’t on NBC.”

Mo’Nique was initially upset because Netflix offered her $500K for a stand-up special after reportedly giving $40 million to Chris Rock, and $13 million to Amy Schumer. In Mo’Nique’s initial contract with Netflix, she reportedly would not have been able to perform her comedy material for 24 months. She saw it as a form of discrimination.

Mo’Nique caught some backlash for comments, but stood strong in her fight against Netflix. Weeks after her initial complaint, Mo’Nique congratulated Haddish on her deal.