So here’s our mission. We need to create a photo shoot where Zonnique, who is now 22 years old, can embrace a more mature, sexy side, while still keeping at bay the torch-bearing social media crowd that still views her as a 16-year old.

The moment I shared those words with my team of photography assistants, a wave of uncomfortable silence washed over the room. I understood it.

For as long as I’ve known Zonnique, that’s been a part of her existence. With famous parents — Tiny and T.I. — growing up in the spotlight can be an incredibly challenging endeavor. Especially when you’re a woman.

When is it OK to embrace womanhood?

How will the general public receive it?

Are they going to give my parents a hard time about it?

These are all questions that Zonnique has been attempting to answer since she was 18. Now four years later, the blossoming musician still doesn’t have a firm grasp on that answer. We discussed as much during a series of interviews and conversations leading up to this photo shoot celebrating her 22nd birthday.

We pick up in the moments directly leading up to the shoot. 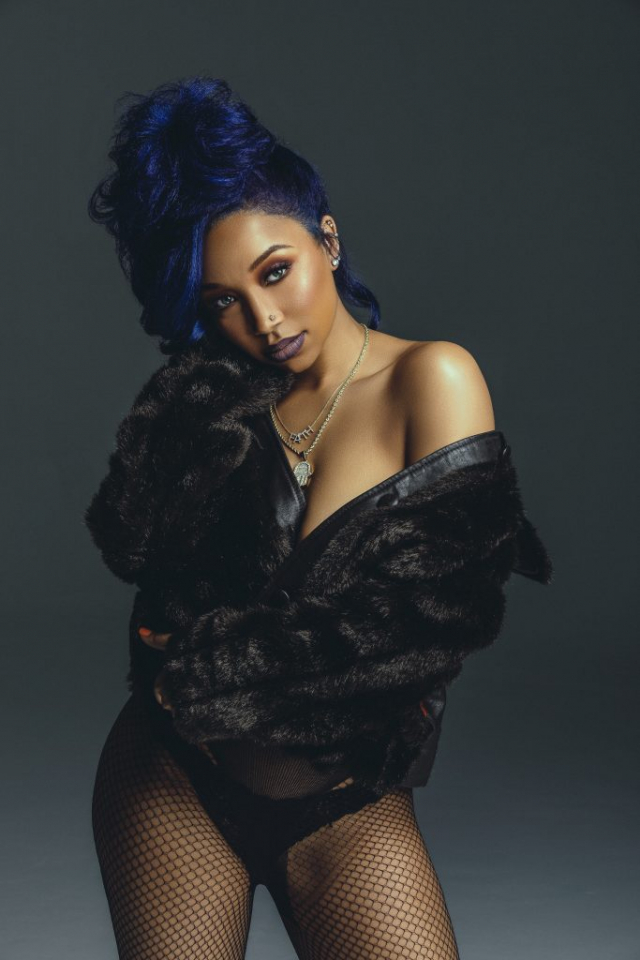 I’m glad we’re coming together for another birthday shoot. What is it that you want to accomplish this year?

I want to do something where I’m mature and sexy. I think it’s time for me to do it. You and I have talked about it before, but I really want to do it this year.

Yes, I definitely think it’s time. Do you have any images that youíve saved that you want to recreate, or is there a vibe that you want me to tap into that describes where you are in your life right now?

I just want to be timeless. That’s all I want. I’ve never had photos taken of me where I looked mature and timeless. I want to be able to put these up on my wall and for them to be considered as art. I think you understand what inspires me as it relates to art, so I definitely want to be in that vibe.

Timeless is something that we can pull off for sure. But let me ask you, how are you feeling about your birthday this year? Are you feeling any different?

I don’t know if I feel any different from when I turned 21. I will say this, though: I feel a lot more confident. I feel like I understand who I am more as a person, and I’m not afraid to show that anymore.

Not so much afraid, but I just wanted to make everyone happy. I’ve always been that way. I like pleasing people, and I think that if you spend so much time being a people pleaser, then you don’t get to spend as much time doing things that make you happy.

When it comes to doing things that make you happy, how does fame play a role in that? Because Iím sure that there are ways that you want to express your personality, and just being a grown woman, that you’re not always able to when thinking about your fan base.

Yeah, I don’t always like that part. Sometimes I have to really overthink every single move and make sure that it’s perfect. Not just for me, but I also have to think about my parents and my siblings. People will have things to say to them too, so I just try to be mindful of that. 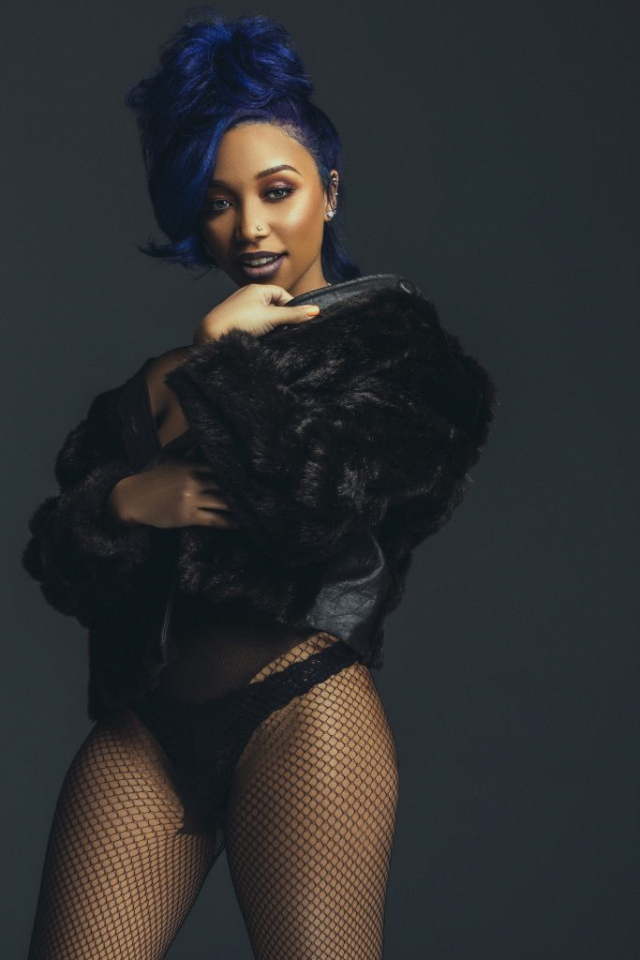 Would they say things to them on social media?

Yes. People [are] always leaving comments [on] their pages. My pops would curse them out. My mom too. But I’m used to it now, so I just try not to let it bother me. For some people, it’s hard for them to see you grow up because they are so used to seeing you in a certain way. Especially when they see you on TV. It’s almost like they think you are frozen in time until the next time they see you.

Do you regret having such a public life?

I don’t think that there’s ever been a time where I really regretted the life and the fame in my life. It’s also brought perks as well, which is why I never regret it. And I’ve never been extremely private to the point where I just want it all to go away. I’m just cool with being private and not caring about giving people updates on every part of my life. I’m going to share my growth and my journey how I see fit, during my own timing.

Let’s talk more about the positive sides of growing up famous.

I could honestly talk about that all day because I’ve been blessed to see so much in my life that I know I wouldn’t have if I didn’t grow up with my background. Being with my parents all the time has taught me how to be cool about the good things in life. I don’t get all crazy and act like a groupie when I experience things that I love. And that’s because of them. They have helped me stay humble, and just be cool and appreciative about all of the good things in life that have come my way.

You mentioned being around your family all the time. Does that ever get in the way of you truly being your own woman and being able to stand on your own two feet?

That’s a tough question because there’s been a part of me that has always wanted to be separate [from] everything we have going on as a family. But I also know that I need my family for support — especially now that I’m doing more things that are separate from them, like my music and TV. I understand that people are always going to look at me as T.I.’s daughter or Tiny’s daughter, and I’m OK with that. As long as I work hard, then they’ll also see me as Zonnique. 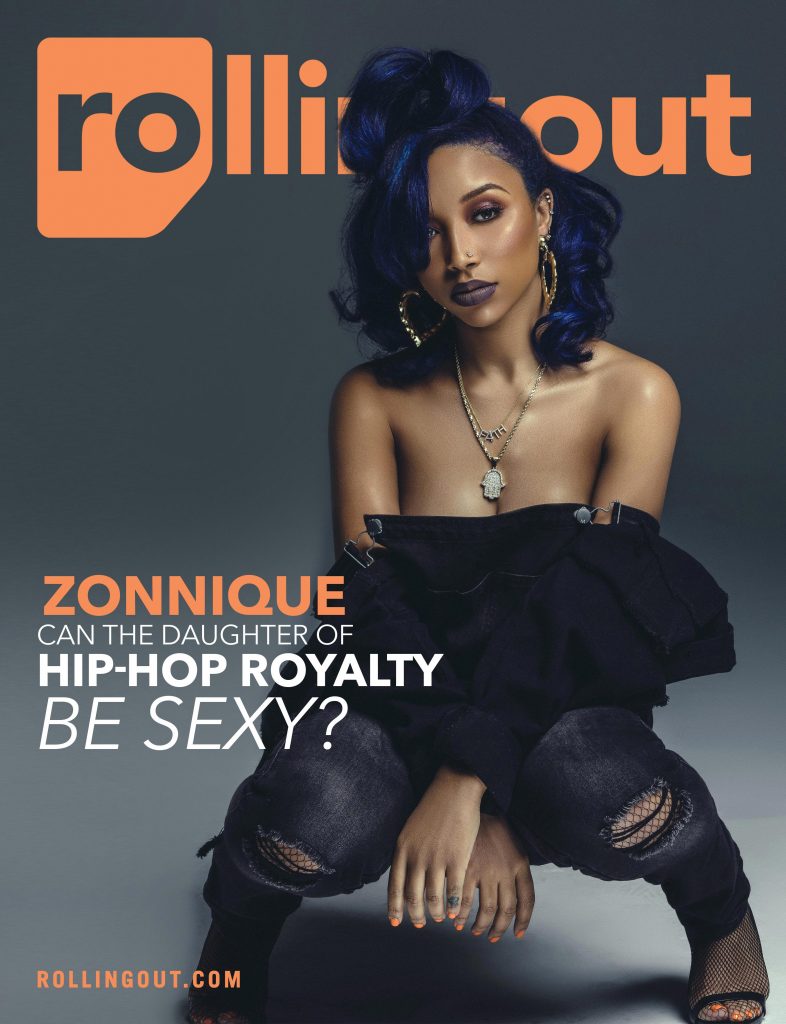