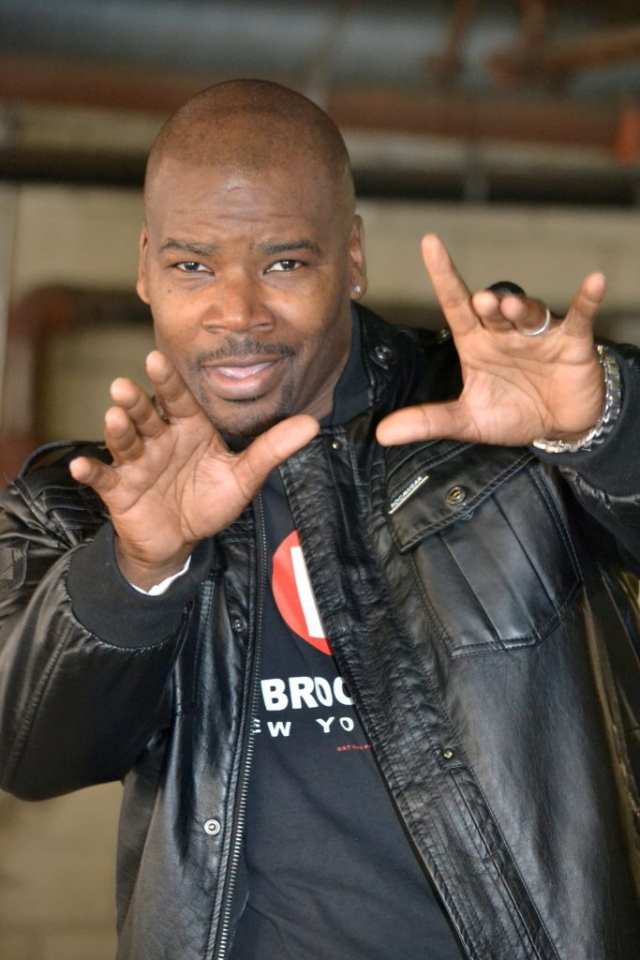 Actor Marcuis Harris is taking on a new role on a major network. Harris will be a season regular on ABC’s new sci-fi drama, “The Crossing.” Harris previously appeared in HBO’s critically acclaimed “Vice Principals.” He has also appeared on hit shows like “Scandal,” “Grey’s Anatomy” and “The Shield.” The new show is set to premiere April 2 after “American Idol.” Harris spoke with rolling out about his new role and future plans.

Who is Marcuis W. Harris?

I’m a family man, I’m a husband and father. I enjoy working out, I enjoy cooking, I enjoy playing sports and just hanging out with the family. I’m the youngest of eight, with the same parents. I was born in Cleveland, Ohio and moved to Brooklyn when I was six. I like to say I was realized in New York. That is the place that made me, where I got the hard lessons and was nurtured by a really great artistic community.

How did you get your start in acting?

Acting wasn’t my first choice, I’m more of a practical head. I went to school for accounting. I worked for 12-15 years in the financial sector. Acting was something I did on the side as an extracurricular activity. I came to acting much later as a professional. I had the opportunity to audition for the Lee Strasberg Institute in New York, and I took it and won a scholarship. After finishing school there, I got an agent. I was only interested in theater, I started doing some off-Broadway productions around New York. My agent sent me in for a co-starring role that was in New York and that began my journey into TV and film.

Tell us about the new show, “The Crossing.”

One of the things I love about this show is the approach from production from the director Rob Bowman. He was interested in making not just a tv show, but a film every week. When you see the pilot, you will see the value and the quality of this how. It has a very cinematic and film-like quality, so I love that component. The show itself is a very timely and relevant show. It deals with individuals who find themselves in this new setting and they are trying to find a way forward.  They are trying to find some peace, some harmony, some civility in their lives because where they came from their country was at war. The caveat to that is the place is in America, but it’s set 150 years in the future. At the heart of this show it’s about relationships, and mending family bonds.

Describe the feeling of working on the set for this show.

It really has been great for a number of reasons. For a big show like this with a large cast of 13 season regulars, it’s very much an ensemble piece. As an actor, I think ensemble is the space we all like to work in because it’s a team sport. It’s about how you can do your work, but also raise the level of performance around you. Another great part of the show was having the opportunity to shoot in Vancouver. The quality of the set and the location is breathtaking.

What can the audience expect from this new show?

I think there is something in it for everybody. If you are a sci-fi head, this is right up your alley because we have this convention of time travel. As farfetched as time travel may be, the technology that is at work in the show is not that farfetched.  The way we know how fast technology is moving, its plausible in the near future that some of this stuff may be possible. For those who love family drama, there is that component in there. What I hope people will respond to is the sense of mystery the sense of intrigue.

How do you spend your days when you aren’t shooting?

I love going to the movies, that is my favorite past time. I have seen Black Panther three times and I know I am going back. I saw it once alone, once with the family and again with my wife. Each time, I discovered something new. It is so rich with culture.

What advice do you have for young people trying to pursue acting?

There is so much that I want to share with young people, but at the end of the day, it’s still about hard work and dedication. This is the generation of the internet and you could be famous for many reasons and a lot which don’t require a lot of skill or know-how. You can be famous from just being popular and depending on what your goals are that can get you far. If you want to be an actor, I believe you should study the craft. You may get an opportunity, but you want to sustain a career as an actor. I think perseverance is the number one quality you should bring to the table. You only need one yes to get to the next level, but you have to work your butt off to get that yes.

I have a project that is coming out called “Vital Signs” and it’s the first scripted series coming out that apple tv order. Dr. Dre is the creator and producer. It is sort of a semi-autobiographical tale of his life. I don’t have. A date yet, but it’s in the works. I also have been writing I have a script I’ve been pushing uphill and I am excited about that.