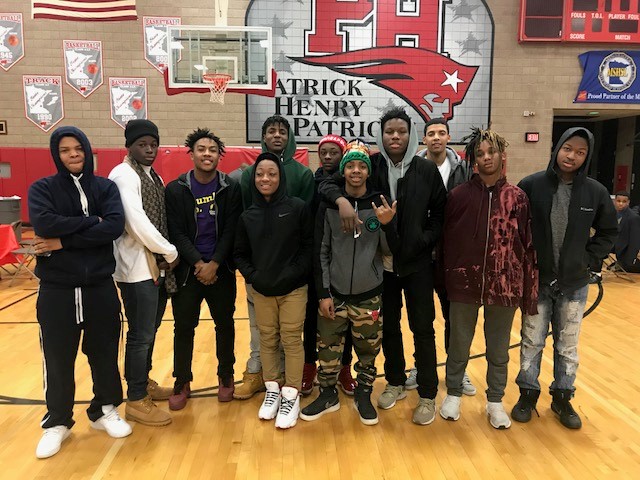 Youth typically view life from one perspective in communities of color. Illicit activities which often leads to prison or the grave. For young Black men, the lack of positive examples and role models can be crippling. Christopher Fleming, of Black Male Achievement, and event coordinator, concurs. “Our scholars hear a lot of single narratives about what the Black experience is, so we want to expose them to the idea that Black experiences are much more than what White supremacy tells you it is.”

100 Black Men Strong held an event for young Black male scholars at Henry High School. The goal was to show them professional Black men from the Twin Cities. The day was a success — more than 100 Black men conducted focused conversations about college, career, and life readiness with the young men in attendance.

The theme for the day was “I Have a Voice! Be Ready! Be Woke!” and the mission was accomplished.

Rolling out spoke to educator and coordinator Christopher Fleming as well as the principal of Henry High School and a student. 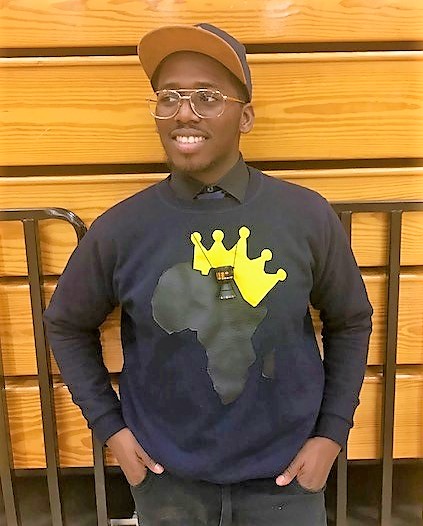 What inspires you to show up at work every day?
I feel like what inspires me to come to work every day is really the scholars. I’ve been in some form of education since I was 17 and I am about to be 29 this month so that’s about 12 years. It used to be about the money, but in the last 5 to 6 years, I’m here for the scholars. … I come to work at 7 in the morning, at 7:30 three or five of them are going to pop into my office, and at 8:05 when I’m in my classroom they’re going to come and say hi; when I’m in my office trying to eat my lunch, they want to come and eat their lunch with me. I love showing up, building relationships and I really love getting to know them individually and as a group.

What has been your goal in having this 100 Black Men Strong event every year? What makes it important to you?

One of the goals is the exposure. Exposure to the diversity of experiences. Our scholars hear a lot of single narratives about what the Black experience is … usually that single narrative is focused on sports, but we are more than our physical abilities.

… They get to learn how to communicate with adults. … I pick the students intentionally and I work with them. Allowing the scholars to see their peers in leadership roles makes them want to lead a session at the next year’s event and helps them to visualize themselves in leadership roles.

Sometimes I think that when we work with kids we’re so focused on building their capacity for adulthood that we forget that they’re just kids. Mistakes are going to happen. They’re in a world of technology that forces them to grow up too soon.

Advice for others trying to replicate an event like this to empower young Black men?
I feel like people have the ideas but it’s really about the execution. It’s just about doing it without getting anything in return. Just going out there and doing it and not taking no for an answer. 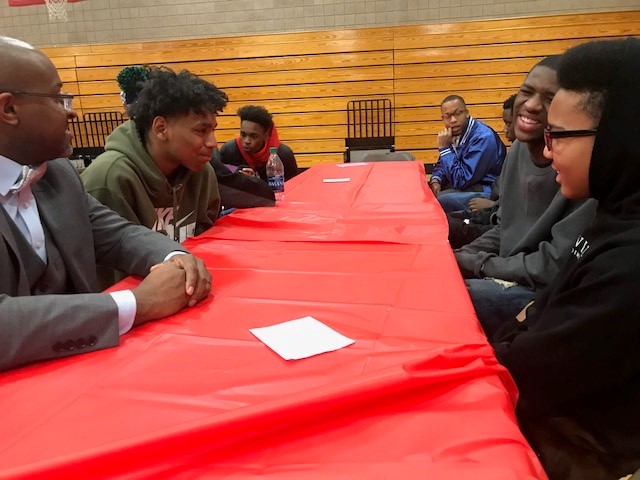 Amour Dickerson is a 15-year-old sophomore, whose interests are basketball, math and English. Amour says he enjoys math because he likes working with numbers. Amour also enjoys writing nonfiction and reading Shakespeare.

Why did you attend the 100 Black Men Strong event?
I’m here at this event because I am a young Black man. I enjoy experiencing Black people coming together.

Which session did you enjoy the most?
I enjoyed the session on communication. If someone is trying to fight you, I learned that there are many ways to just talk it out. We also talked about issues in the school system. Many schools are run like prisons.

What would you like to do after high school?
I want to maintain a good GPA through high school, so I can get a scholarship to the University of Minnesota or Duke. I really like playing basketball and would love to be able to play in college. If basketball doesn’t work out I would like to go to school to become an athletic trainer.

What do you love about being Black?
In history, Black people created a lot and influenced a lot. Basketball wouldn’t be what it is now. We upgrade things and make them better.

Role models?
Kyrie Irving because he had good grades through school and is successful now. He has a lot of money but he’s also humble and loyal. I like the presence he carries himself with.

If you could change one thing about the world, what would it be?
Racism. People look down on others when we could all be friends and come together as one. 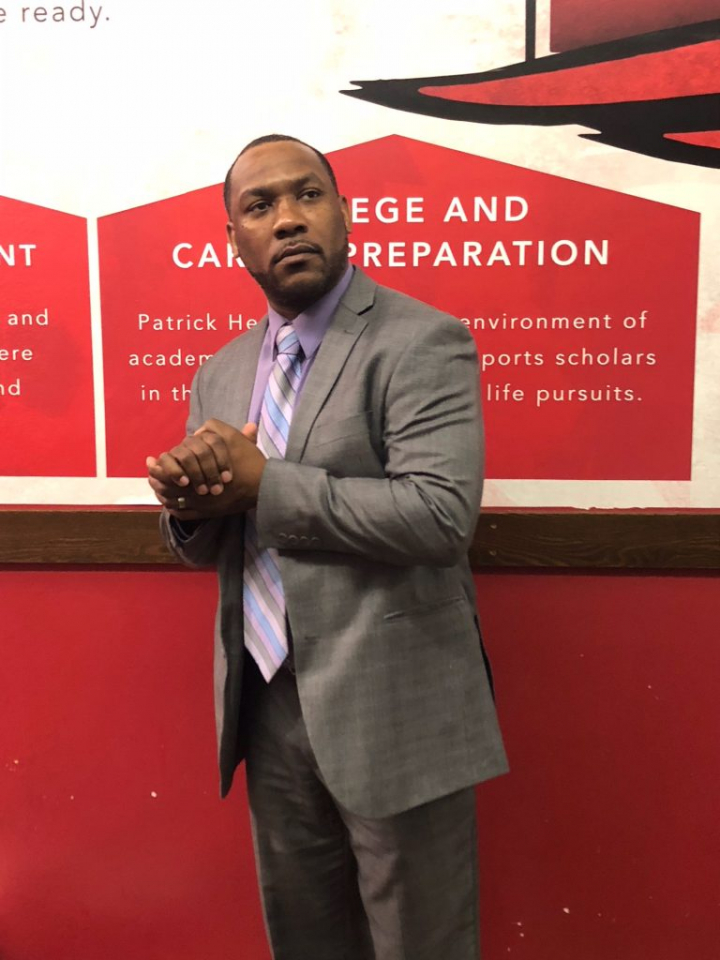 Name: Yusuf Abdullah
Role: Principal
Why did you start teaching?

I always loved working with young people. I had aspirations like a lot of Black males. I wanted to go to the NBA. One of the things I always wondered when I was a kid was, why didn’t NBA players come to our schools or community centers to motivate us, like where are they? Do we have them in Wisconsin? Where are the adults in my community? Who’s inspiring me? I’ve got the TV and they’re inspiring me, but who is here inspiring me? So, as I was going through high school I became a pretty good athlete. I went to camps as a high school player. I would take the trophies that I got and hold camps for the younger kids in my community, so they could have someone to look up to as well. It was always this natural way of working with people that I enjoyed. I enjoyed people wanting to learn from me, but I also enjoyed teaching people and it was kind of reciprocal energy. So, when I went to college it was like what do you want to do? What are you good at? Looking at my skill set I knew I wanted to work with people. Gym teacher because of sports, and teaching because I wanted to connect with people.

How has your teaching experience been? What are some of the most significant moments throughout this journey?
I haven’t spent a lot of time in the classroom as a teacher, I’ve spent most of my time working with students to make sure that they have a plan before they graduate. So like career and college, counseling, here at Henry I work collaboratively with Susan Brelove and Tom Murry and we created a day called Community Involvement Day. If we go back to looking at how I look at life, I brought in over 140 professionals from the Northside community and if they weren’t from the Northside community they had some investment in the Northside community, but 85 percent of the people that we brought in, we wanted them to have some kind of tie to the community so that when they’re in front of the students there is a deeper connection. We spent a whole year planning for this one day. We gutted out the classrooms, flip-flopped the teachers with community members, and they lead sessions on college and career, there was a dance session, things that we can’t normally offer throughout the day. We wanted the students to get a chance to be themselves, feel themselves and learn through the process. At the end, we had an expo where we showed our talents. We had a tumbling program, step show, Hmong dancing, break dancing and popping, and then a keynote speaker to send an inspirational message. I think this is when I [went] from being a coordinator to a leader, a community leader, and folks recognized that and said “hey, you should think about administration, with your skills and talents and what you’re able to do for the school and for the community,” and I believed them, and here I am.

What has been your goal in having this 100 Black Men Strong event every year? What makes it important to you?
The words are powerful, but the images are even more powerful. As I go back to my childhood, where are the men? Where are the people who look like me? Who’s going to give me that hope? And we continue to have to combat what the media displays as what Black men are or what black scholars are, and we have to combat that with different images. The point of today for me is about getting positive images of who we are, and who can we become because the question I was asked yesterday and the question that I asked the group, what do you love about being a Black male? I mean I love Black people, I love the father that I had who passed away, I loved everything about it, but I never got a chance to express that or talk about it. So, that was my hope.

… The kids saw Black people, Black men who may have gone through similar challenges and be like, that’s what it looks like because if we don’t create our own images of what Black men look like we have to rely on how the media portrays us and that can create a cloud for our possibilities. This is about empowering our young scholars and it’s a two-way street because our men equally got something out of this to keep them going. We oftentimes think that because we’re adults we don’t need that, but we do. We need to see the possibility, we need to see hope and we need to know who’s coming in behind us.