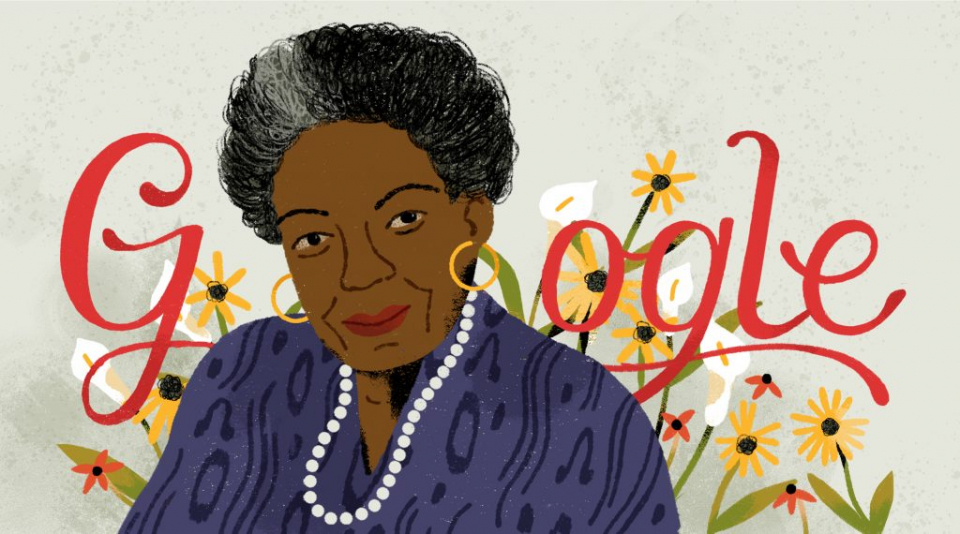 Author, poet, memoirist, and activist Dr. Maya Angelou penned a poem so impactful and empowering it was #blackgirlmagic years before it became a trending hashtag. It’s what we reference today to remind us to never give up. It’s titled “Still I Rise” and the Doodle audio is set to capture her reciting the poem, along with her son Guy Johnson, Alicia Keys, Oprah Winfrey, Martina McBride, America Ferrera and Laverne Cox. This is more than a fitting celebration for a matriarch just three days after Resurrection Sunday and on a day that marks the assassination of Dr. Martin Luther King Jr., an event so tragic it left the poet mute.

“Maya Angelou is not what she has done or written or spoken, it’s how she did it all. She moved through the world with unshakeable calm, confidence, and a fiery, fierce grace and abounding love.” –Oprah Winfrey, media proprietor, talk show host, actress, producer and philanthropist. She considered Maya Angelou her mentor and one of her closest friends. She is quoted as saying that Maya was “my mentor, mother-sister and friend.”

“Maya Angelou, I love her so much. Everything she represented as a woman, her creativity, her story, who she is. She was a renaissance woman of all types, she recreated though levels, all angles, all places in her mind. She is brilliant, this would have been her 90th birthday. I am honored to be able to say her words.” –Alicia Keys is a singer-songwriter, pianist, actress, and activist. She is heavily involved in organizing, speaking, and performing at philanthropic events raising awareness for women’s rights, education, and is the co-founder of Keep A Child Alive. She considers Dr. Maya Angelou a personal hero.

“Being around Maya was so powerful and inspiring. I count myself very blessed to be one of the ones chosen to be a part of this. For some reason, she took a liking to me and went out of her way to extend herself to me and I am forever grateful for that.” –Martina McBride is a country music singer-songwriter and 14-time Grammy nominee. She has cited Dr. Angelou as one of her biggest inspirations, stating, “Few have inspired me more than Maya Angelou.” She shares that Maya gave her the courage to write her own songs.

Fun fact: Dr. Angelou’s favorite music genre was country music and she considered Martina one of her favorite singers.

America Ferrera, actress, director, and activist. She is a Latino community activist and was the opening speaker for the Women’s March in 2017. She considers Dr. Maya Angelou a personal hero.

“Dr. Angelou’s work is filled with such incredible wisdom and spiritual teachings. It feels like the ultimate privilege to have the opportunity to speak her words. She is a national treasure we should always celebrate.” –Laverne Cox is an actress and advocate for LGBTQ rights. Being a transgender woman in Hollywood, many of Laverne’s struggles are comparable to those that Dr. Angelou faced. She considers Dr. Angelou an inspiration in her life.