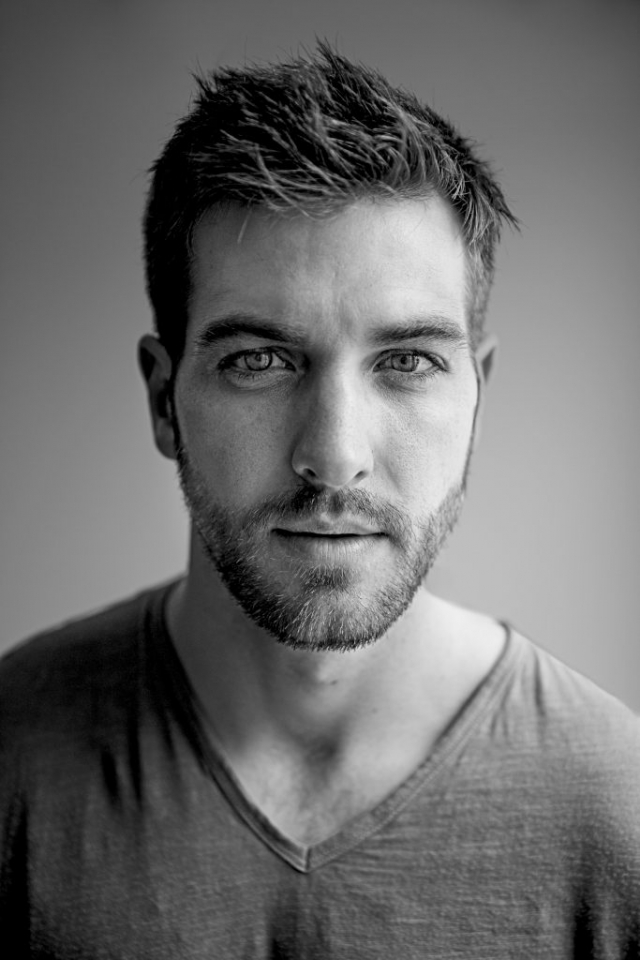 Even though BET’s “The Quad” just ended the second season, the buzz for the show is still high. Actor and writer Jake Allyn plays Georgia A&M’s first white star quarterback, BoJohn Folsom. Besides being a minority in a world he’s unfamiliar with, Folsom works to make use of his second chance at football.

Read on as Allyn discusses how he relates to the HBCU experience and the benefits of living in the moment.

Talk about your introduction into acting.
I would say it came from growing up with a family of movie obsessed [people]. I distinctly remember watching movies like Scarface. But then it wasn’t until college that I actually started studying [acting] at Cornell.

How was training at Cornell
It kind of set me back because I realized how hard it was and like [what] you really had to do to be able to be good at this. But I think I probably needed that, you know? I needed [to get] punched in the face a bit, but I didn’t take a step back. It’s the best way to really fully grasp what you’re trying to do.

You started to pursue acting in college. Most people think at that point it’s too late. What motivated you to still pursue it anyway?
I definitely was scared that it was too late, as well. I remember distinctly in college looking on IMDB for guys that looked like me. I would look at how old they were at the time of their first TV show or movie. But honestly, after getting to LA and being here, I’m actually very grateful that I had a full life before acting. It gives me a great sense of vision for myself just as a human that gets to play on these characters because you need a life experience. I’m glad that I have life experiences outside of Los Angeles. My life experiences [include] traveling with my family my whole life, working in industries outside of acting, things like that as opposed to just knowing and living in a world within the entertainment business. I’m also a very competitive and emotional guy and I don’t know that I could have handled the rejection that comes with acting. I don’t know if I could have handled that as a 17, 18-year-old.

Talk about your character, BoJohn.
BoJohn is a simple man with a complicated background. On the surface, he just wants to play football, make his family proud, and go to college. Those are simple motivations that he tried to hold on to the first two seasons. [His simplicity] allowed me to dive in deep with the complications that come up with growing up with an abusive father, being the only child, and his family depending on him financially for the future.

How was experiencing an HBCU for you and your character?
It was a very educational experience. I’m still learning things to this day about it. A culture shock, but a happy one. It was really exciting because I went to a high school in Dallas called Dallas Jesuit. It is an all boys prep school started by the Jesuits. There’s a certain brotherhood to it. I find where there’s a great competitiveness between HBCUs, there’s also a family aspect to it, as well. I didn’t quite get that as much at Cornell. It was a little bigger and a great place to get educated, but a family culture atmosphere I found to be lacking. When I started on “The Quad,” I thought this is just like my high school, but just in a totally different way.

What’s your favorite aspect of HBCUs? What would you say is your favorite that gets you most excited?
I would say maybe just because we lean into this a lot on the show, but I would say the quad. We shoot a lot at Morehouse and I would sneak over to Spelman on Fridays for market Fridays. HBCUs have so many things I didn’t have in college. I visited Fort Valley State right before their homecoming. They had this thing called Jamming in the Café, which is where the radio station comes in and they just have a big party in the cafeteria. What I loved about it is nobody was too cool. It was just a bunch of kids having a freaking blast at school and getting excited for homecoming. Like everybody was just having a good time. And uh, I just, that’s not the quad but … yeah, for sure.

At a certain point, most people have reached that goal they achieved way before they thought they would. What do you see yourself doing after you’ve reached that life-long goal?
I heard a really nice quote awhile ago from actor John Lithgow. I’m paraphrasing but he said, there’s no pot of gold at the end of the rainbow, but that’s okay. Actors need to understand that. I do think that way sometimes if I can just get that movie or that role, or once I worked with this director, my work will be better and I’ll be happier. But once you realize that there’s no pot of gold and you’re just enjoying every moment of the ride, you’ll be happier. You’re going to enjoy your time better and enjoy your work better.  Ultimately, your work is going to be better and then all of a sudden you might not even realize you’re up for an Oscar. But if you’re just focused on that, the final result, that might lead people to problems.


Posted in TV and tagged BET, The Quad