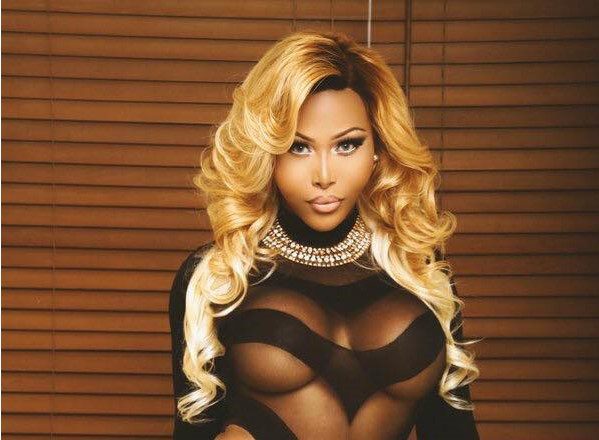 Transgender model/actress Shauna Brooks is known for her outrageous views and spilling tea. She visited rolling out’s Reality Check to set the record straight about an alleged tryst with “Love & Hip Hop: Atlanta” playboy Stevie J, her thoughts on Bobby V’s latest rumor and to talk about her upcoming autobiography. Admittedly a transgender escort, Brooks believes her honesty and candor have created a loyal fan base that support and cheer her on via social media. Brooks has been on social media for years and says she’s lived her life with transparency since embracing her transgender status in her early teens.

“I was attacked by four men that jumped me in the apartments that I lived in when I was sixteen,” Brooks revealed. “They said they didn’t want my kind around there.”

Brooks has become an advocate for the LGBTQ community because of her strength and willingness to speak out in defense of others. While she acknowledges Cailtyn Jenner brought attention to the community, Brooks says transgenders have always been around and this new popularity is simply shining a much needed light on the community.

“There is a misconception with gender identity and sexual identity. The gender I identify with has nothing to do with who I sleep with. For me, I’m attracted to beauty. I’m mostly attracted to men but I’ve had experiences with women, too,” Brooks said.

When asked if transgenders should be required to share their status with potential mates, Brooks quickly said that should be a requirement.

“Men that approach me know my status because I’m very open about it and so many people know who I am,” she explained.

Brooks is also candid about the fact that she has not had genital reassignment surgery, so she still has her “boy parts,” which she refers to frequently as “banana pu–y.”

Brooks’ outrageous, in-your-face honesty may offend some, but it’s caused the majority of people she encounters to respect her. She says she’s been called “the transgender Cardi B” because she doesn’t bite her tongue. Brooks discussed Cardi’s reaction to her nickname and addresses rumors started by HHATL alum Jhonni Blaze blasting castmate Stevie J for sleeping with Shauna via social media and gives some advice to Bobby V. after the jump: