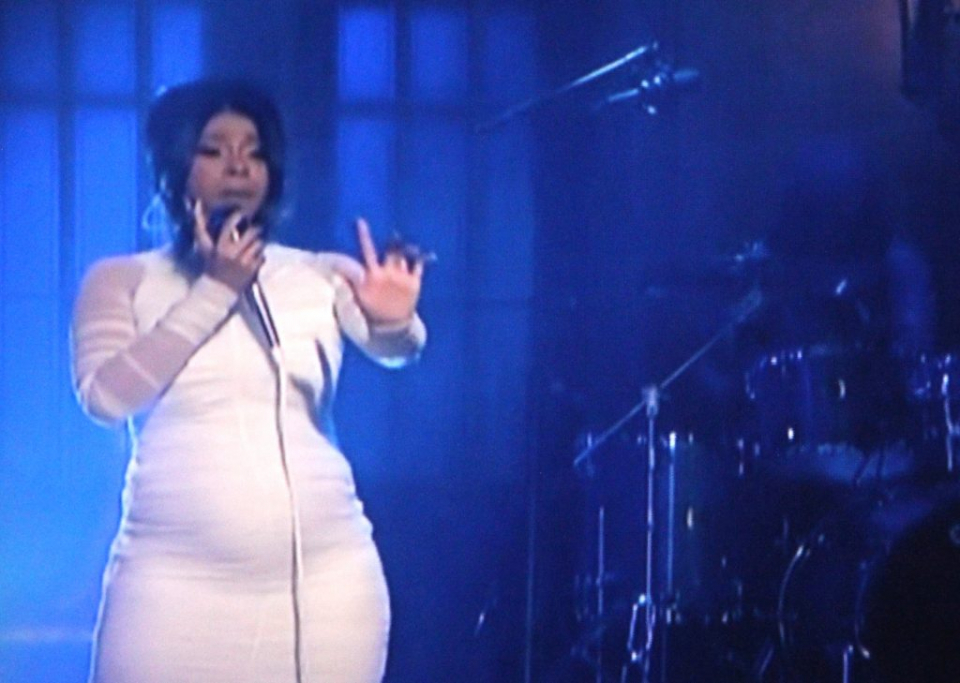 Cardi B will be having a baby. During her second performance on “Saturday Night Live,” Cardi B revealed her pregnancy while rapping “Be Careful.”

Several bloggers and media outlets speculated that she was pregnant, but the first confirmation was during “SNL.” Cardi B has experienced a whirlwind within the last year. After releasing the hit “Bodak Yellow,” Cardi B became a household name in music and recently released her debut album, “Invasion of Privacy.” The album sold Gold during the first day of its release and even received a shout out from Oprah who posted the album on her Instagram page.

Cardi B is currently engaged to Offset of the Migos.