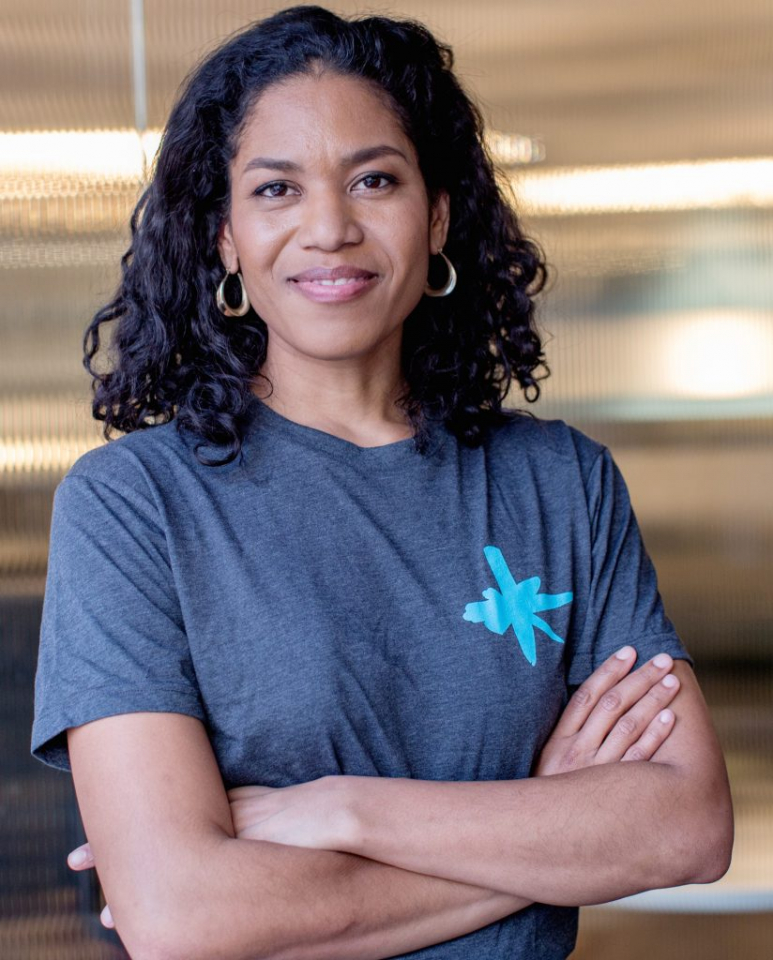 Christina Lewis Halpern is the founder of All Star Code, a nonprofit based in New York City focused on motivating and empowering Black and Latino young men to succeed in the technology industry.

The month before her father, Reginald Lewis, died at the premature age of 50 from brain cancer, he named Christina to the board of his foundation. She was only 12 years old. Lewis was an American businessman who was one of the wealthiest African American men in the 1980s. Since his death, she’s dedicated herself to supporting causes that helped the black community and other historically-oppressed peoples. She realized that if her father were a young man today, he would no doubt be working in technology, the growth industry for building wealth in the 21st century. With that notion in mind, she began investigating ways to help minority talent gain access to the tech world. After having conversations with over 150 professionals in the education, non-profit, philanthropic and technology spaces, All Star Code was born. In honor of her father’s legacy — and everyone else who has fought for equal rights — she created this program to help the next generation of youth catch the next wave of opportunity.

Why is there a need for organizations such as All Star Code in the technology space?
The tech industry is the fastest-growing sector of the U.S. economy, with higher pay, better benefits and better resilience to economic downturns than other sectors. Yet only 1 percent of VC-backed startups have a Black or Latino founder, and only 9 percent of the tech workforce is Black or Latino. In both educational opportunities and professional advancement, young men of color face enormous systemic challenges when it comes to entering this powerful industry.

All Star Code is one of few national organizations addressing racial diversity in tech. While many organizations are doing important work to help address gender diversity and discrimination in the tech world, we are one of the only organizations that focus specifically on young men of color.

All Star Code is leading the movement to support young men of color in tech. We have a strong, scalable curriculum tailored to the specific needs of young men of color, that has been proven to have a powerful impact on our alumni and that will make an enormous impact nationwide. Our rigorous Summer Intensive teaches proficiency in three computer languages, with each student creating a web-based application to address a societal problem. It also teaches a myriad of “soft” skills we believe equally important towards thriving in the modern tech workplace, such as public speaking, pitching an idea, and collaborating and leading a team, while also gaining invaluable experience from working in the offices of a Fortune 500 company.

What strides has All Star Code made over the last five years? What’re your future goals?
Every year we have operated, All Star Code has doubled the number of students it has served. Last year, we opened our very first satellite program in Pittsburgh. By 2022, our goal is to have an alumni network of 10K future leaders ages 16-25.

As a woman of color, what do you consider your superpower to be?
As a woman of color who is creating new pathways to economic opportunity, my job includes being the only one in the room. My superpower is being able to enjoy that because it means I’m personally making an impact [on] my community.

What key skills or qualities make you unique?
Our advisory board member and one of my mentors, Troy Carter, once called me “the greatest executor he knows”. Once there is a goal – I know how to create a plan, mobilize people, and adapt no matter the obstacles that get in the way. Create a plan and execute. That’s one of my mantras and basically, my favorite thing to do. At the same time, creativity is my strongest trait. To excel at generating powerful, compelling ideas + a zeal for execution. I think that’s unique.

What thoughtful or encouraging piece of advice would you give to your younger self?
Take more risks. Don’t be afraid of failure. In high school and college I suffered from something I call the ‘ladder mentality,’ that life is linear and that if I got good grades, then this would happen, and then this would happen. Life isn’t like that. The rewards come from places you least expect them often. If you avoid failure you can miss out on your lucky breaks.

Why is it important for women of color to lead or work in leadership roles and decision-making capacities?
Being visible is a powerful form of positive impact. Young people can’t be what they can’t see. I began my career as a journalist and it was in part inspired by Ida B. Wells. Data shows that young people are inspired by people who they feel some connection to. It does not need to be race, but it really does help a lot.

If you could thank any Black woman history maker for her contributions to society, who would it be and why?
Ida B. Wells the pioneering journalist who reported on and exposed lynching to the rest of America. She started off as a journalist but then became the leader of the anti-lynching movement and created a campaign. She was amazing at her job and then parlayed that into a crusade. Basically, she was a social entrepreneur, and ahead of her time.

Why is it important for seasoned and experienced Black women to reach back and help younger women of color?
If they won’t, who will?

How do you feel about the hashtag #CollaborationOverCompetition? What qualities or values do you deem indispensable in your business partners or collaborators?
Women supporting women is essential. And it doesn’t take a lot of time. One of my best mentors is a more experienced female social entrepreneur who I spent two hours with on our first meeting and since then it’s been catch as catch can, perhaps just two conversations a year. Yet they help a lot.

What are your thoughts on taking risks? Making mistakes?
I hate making mistakes. I’ve learned, however, that mistakes are inevitable and useful.

What are three success habits you implement into your daily routine to maintain your success, sanity, peace of mind, etc.?
I exercise every day anywhere from five minutes to 45 minutes.

I have two children and I go off my phone for at least an hour during dinnertime/bedtime and also for a chunk of the morning while we have breakfast.

My husband and I agree to always do a kiss goodnight and a morning hug.

As a successful woman, what is your greatest or proudest achievement?
I am extremely proud that we have proved that black and Latino boys can and will thrive in tech with the right investment. In 2013 when we started virtually no one was focused on young men of color within the diversity in tech or learn-to-code space. Today with nearly 300 graduates and 95 percent of those 18-plus in four-year-colleges and about 80 percent studying computer science, we’ve created a pipeline that is opening access. Seventy-one corporate partners have joined forces with All Star Code over the past five years.

Who is your biggest inspiration? Why?
My dad, Reginald F. Lewis, is still my biggest inspiration. He was not only an impressive man, he was a great father. He taught me how to ride a bike, and also gave me tours of his factories. He has inspired hundreds of thousands via his book “Why Should White Guys Have All The Fun?: How Reginald Lewis Created a Billion-Dollar Business Empire” and remains a role model and mentor to countless African-Americans and other people of color who are striving for success on Wall Street or in entrepreneurship. He was a visionary and a true disruptor. I still learn things from his book.

He was also an iconic figure in the history of Black business and one of the greatest entrepreneurs of all time. When he died in 1993, my dad was the owner and CEO of TLC Beatrice International, the largest Black-owned business in the U.S. and one of Forbes magazine’s top 400 list of richest people in America.

My mother is an amazing individual as well. She is highly-involved and is a crucial driver of support to All Star Code and to me. I keep telling her to write her book. 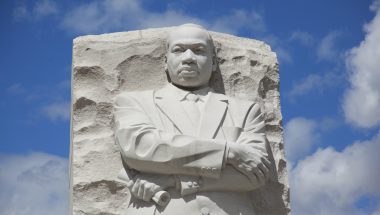 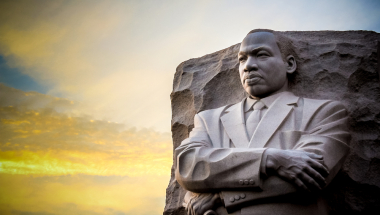 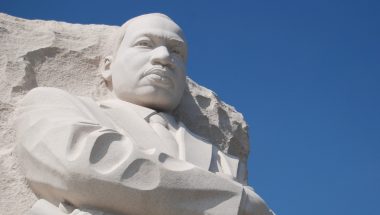 The lessons from Martin Luther King Jr.’s final speech in 1968 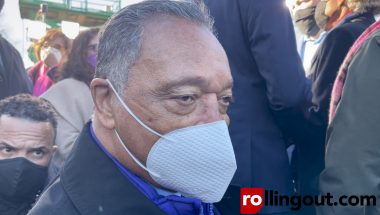 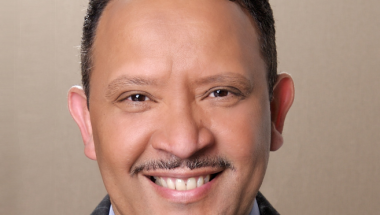