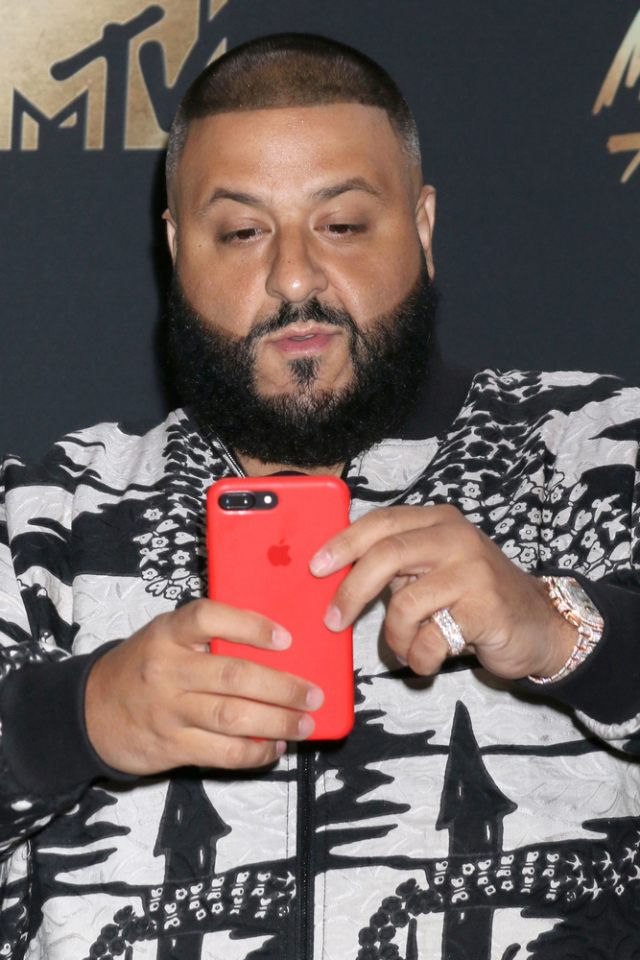 LOS ANGELES – MAY 7: DJ Khaled at the MTV Movie and Television Awards on the Shrine Auditorium on May 7, 2017 in Los Angeles, CA (Photo Credit: Kathy Hutchins)

We all are familiar with We The Best record label founder DJ Khaled.

DJ Khaled is the No. 1 hype man, never failing to make an energetic appearance on the latest hit, red carpet or at an award show. Khaled is known for this famed ad libs like “Another one.” Known as the “King of Snapchat,” DJ Khaled runs his social media like a mini-reality tv show. Fans adore him, allowing him to easily gain 2M views on social media. Due to his fame and success, companies flock to him to endorse their products, especially big alcohol brands. The influencer hasn’t been following all the rules when it comes to marketing.

From June 2017 to March 2018, the findings revealed Khaled promoted Cîroc Vodka, Bumbu Rum, Belaire sparkling wine, and D’Ussé cognac on his social media over 300 times. During the majority of the social media promotions, Khaled didn’t provide any indication that the posts were ads. This act placed him in violation of federal law. The promotion of alcohol to a large minority fan base violates the policies of these social media platforms and industry groups as well as social responsibility norms.

TINA.org was joined by six advocacy groups including Public Citizen, Alcohol Justice, US Alcohol Policy Alliance, Campaign for a Commercial-Free Childhood, The Center for Digital Democracy, and Mothers Against Drunk Driving, in sending a warning letter to the hip-hop producer about using his influence in a negative way.

Since receiving the letter, Khaled has done a major makeover to his social media accounts, completely deleting or editing all of the alcohol-related posts. TINA.org chose not to file a complaint with the FTC, because of the corrective measures that Khaled took to clear up the deceptive marketing.

Executive director Bonnie Patten said in a statement to press, “Time will tell if he is truly committed to ensuring that his followers are not misled by deceptive ads on his social media accounts. As for the alcohol companies, their failure to make certain that DJ Khaled complied with FTC law is absolutely inexcusable.”

They will continue to monitor DJ Khaled’s social media accounts to ensure that he is using his platform wisely.