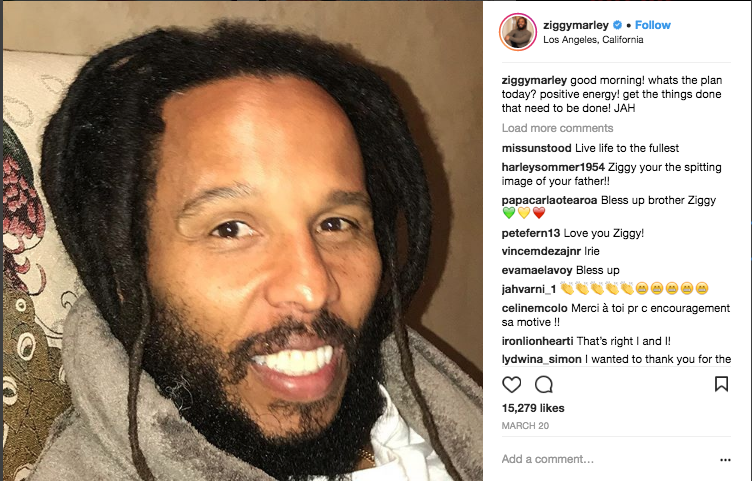 Ziggy Marley is urging marijuana users to “grow your own” as a part of a campaign to rid pot of pesticides.

The 49-year-old musician and son of the late reggae star Bob Marley who smoked cannabis as part of his Rastafarian religion, is campaigning for regulation of the cannabis farming industry to ensure the weed he inhales is organic.

Ziggy wrote in Rolling Stone magazine, “It is up to us, the people, to make sure the people’s plant doesn’t actually cause people pain. Ask questions and demand answers, and let those in the industry know that you will not accept anything that includes pesticides. And if all else fails, grow your own.”

He added, “The most effective way to avoid potentially poisoning yourself with pesticides is to grow and use your own.”

The singer expressed his fear that the widening legalization of cannabis is causing production of the drug to become industrialized for financial gain.

Ziggy is calling for a ban on pesticides in marijuana production, and urging other users to become vigilant about the quality of the pot products they consume.

He admitted he has been abstaining from consuming cannabis if he is not sure it has been organically produced.

Ziggy said, “The harmful effects of pesticides in our food chain have already been proven to be a health hazard. We are extremely cautious about what we put into our bodies when it comes to produce, and we must use the same scrutiny when it comes to the consumption of cannabis … I have fallen on the side of caution and abstinence when it comes to marijuana: unless I can know for sure that no harmful pesticides or artificial enhancements were used, I won’t consume it in any form.”