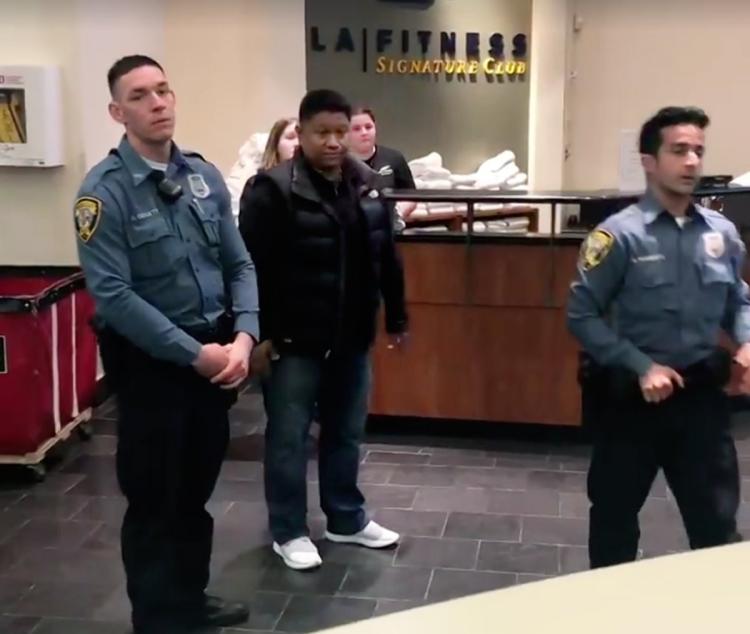 Another incident has occurred where Black people have been forced out of an establishment due to their race. This time, the racial profiling occurred at LA Fitness in Secaucus, New Jersey.

On April 16, Tshyrad Oates began recording on Facebook Live after he and his friend were being harassed by employees. Oates was visiting on a 4-day guest pass with his friend who had been a member for 8 years. During their visit, they were the only two Black people in the facility at the time.

Oates’ friend retrieved his membership card from his bag and scanned it at the front desk, proving that he was an active member. The two went back into the gym and continued their workout.

However, they were approached by police 10 minutes later and the White staff members asked them to leave. The manager told them that they were banned from LA Fitness and the membership belonging to Oates’ friend would be terminated.

After the video went viral, LA Fitness fired the three White employees who were involved and issued a statement.

“Clearly, this is a long time member with a current, valid membership. We want to clarify that no membership was cancelled and no one, including the member’s guest, was banned from the club. We have spoken to the member to apologize and assured him that he and his guests are welcome in our clubs at all times.”

The incident comes days after two Black men were racially profiled while at a Starbucks in Philadelphia. It’s another case of White aggression against Blacks. Some Whites feel as if Blacks don’t deserve to be in any space that they occupy. Although race relations have gotten better since the 1960s, their are still a multitude of Whites who will practice racism without considering themselves to be racists.