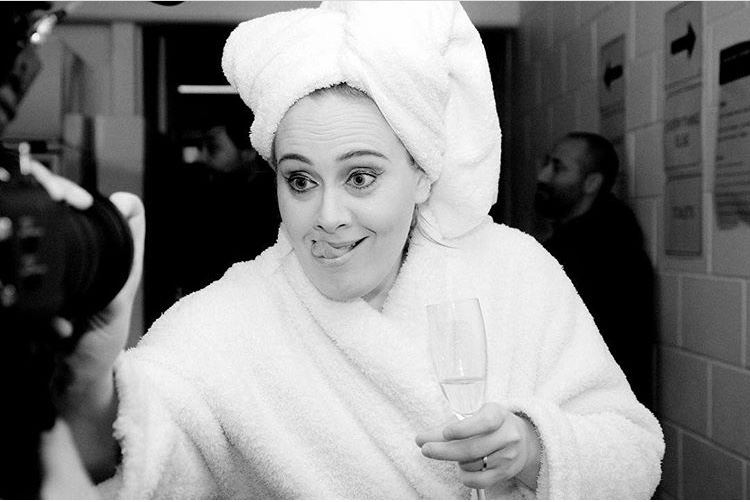 Adele has hailed Rihanna as a “funny goofball” who “makes her own rules” in a tribute to the singer for the new TIME 100 list.

The “Skyfall” hitmaker lists the reasons why she loves Rihanna in an essay published by publication which has unveiled its 2018 list of the top 100 most influential people in the world, which includes the R&B superstar.

Adele, 29, gushed: “Whenever I’ve met her, she’s been the most gracious, loyal and funny goofball of an icon. She glows like when someone’s taken a picture with a flash and you’re dazed for a few minutes after. But it’s also very clear in that glow that she genuinely doesn’t give a f—; she’s fearless and full of all the right kind of attitude to be everything that she is and will be forever.”

Adele admitted to being in complete awe of Rihanna, 30, when they first met.

Adele wrote: “I actually can’t remember the first time I met Rihanna; I was probably numb from the shock of it. She is one year older than me, but I feel like she’s been around forever.

“The progression of her super-stardom feels steady, well deserved and extremely natural … She has designed and conquered an entire lane of her own. The innovative and groundbreaking world of Rihanna that no one else will ever be safe in and get away with copying. She makes her own rules and bends ours.”

And Adele cites the hit “Umbrella” — released in 2007 — as the track that cemented Rihanna’s star status.

“She burst onto the scene with the absolute banger that is ‘Pon de Replay’ in 2005, so young and breathtakingly beautiful. But the first time it felt like she made everyone sit up was with ‘Umbrella.’ It crossed her over to every platform and into everyone’s lives. It felt like she had truly arrived, and she hasn’t slowed down since,” she said.