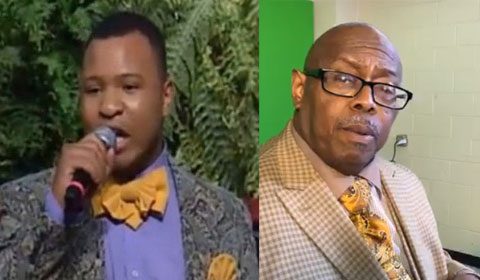 For some strange reason, Andrew “I’m delivert” Caldwell, known for his testimony at the COGIC conference decided to call out the Rev. Thaddeus Matthews for his use of profanity. Matthews has received thousands of views of videos where he has no problem stating in vulgar terms the parts of a woman he finds attractive. He is the pastor at Naked Truth Liberation and Empowerment Ministries, in Memphis, Tennessee.

On the video that Caldwell posted to his Facebook page, he states that he was going to call out the saints and deal with the spirit that is in Rev. Matthews. But Rev. Matthews has a few choice words for Caldwell that are definitely not safe for work.