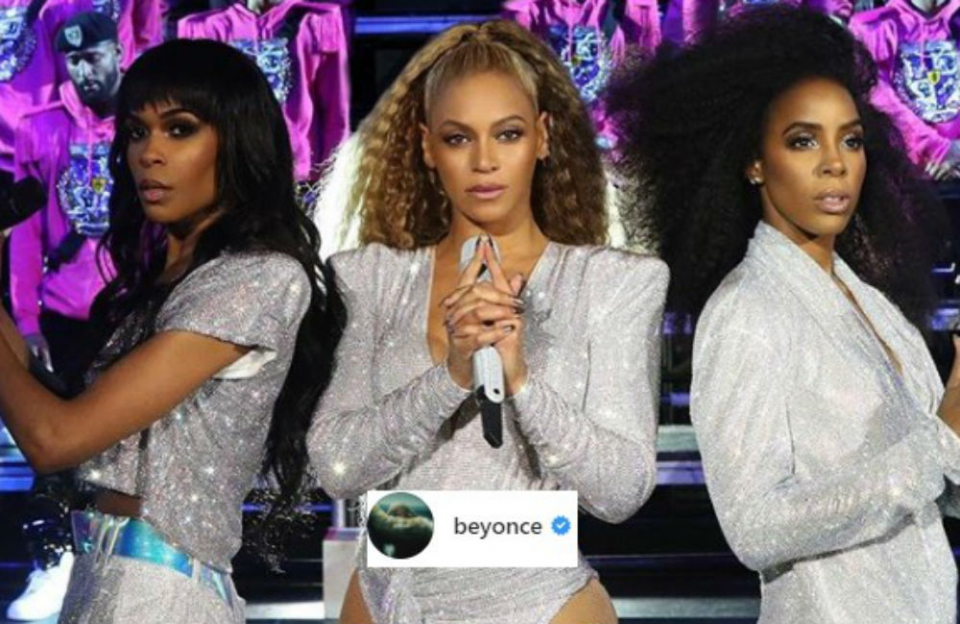 Beyoncé pretty much owns Coachella. Beyoncé was dumbfounding and awe-inspiring as the pop goddess slayed Coachella — again — during the second weekend with an HBCU homage-paying dance-a-thon at the annual mega-music fest.

So dominant was her stage execution, costume presentation, choreography, singing, swagger and her crowd-pleasing reunion with the Destiny’s Child bandmates Kelly Rowland and Michelle Williams — not to mention her performances with her own husband Jay Z and sister Solange — that a myriad of media members and fans began calling the festival “BeyChella.”

But just to show you that Queen Bey is still human, the music gods allowed for a brief but very conspicuous goof by Bey.

During her encore performance, Mrs. Shawn Carter was orbited by a marching band, a drumline, and a slew of dancers, and clad in pink.

During Bey’s solo with her lil sis, Queen Bey tried to pick her up and wound up slipping and they both fell backward, creating an awkward moment before Bey played it off and kept on singing.