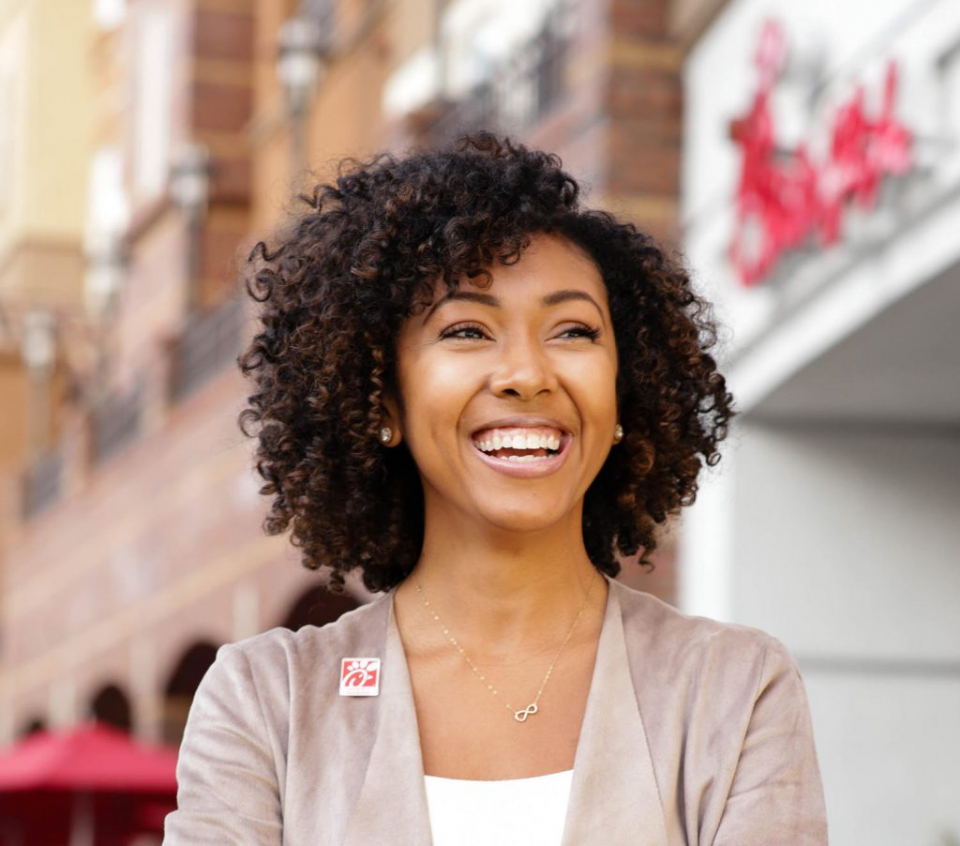 Chick-Fil-A is a southern favorite. So, it was no surprise that the famous chicken sandwich would eventually head to the West Coast. Los Angeles residents have been enjoying Chick-Fil-A at the USC location for several years now and now they will be able to enjoy it in another city hot spot. The woman behind it all is Atlanta native Ashley Lamothe. Lamothe has been working for the company since she was 15 years old. Rising in the ranks, she has moved from team member to franchise owner. Her hard work ethic and great personality are the reasons she was selected to move to Los Angeles to open the first restaurant location. Now six years later, she opened her second location in downtown Los Angeles on April 26. At only 26 years old, this is a major accomplishment for the young franchisee. Lamothe shared with us her story of success and her excitement for the new location.

When did you begin working at Chick-Fil-A?
I began working as a team member when I was 15 years old in my hometown of Atlanta as a way to earn money to buy my first car and continued working there throughout my time at Spelman College.

How did you maintain being a student and working for Chick-Fil-A?
It was hard and required a lot of balance. Luckily, my operator allowed me to have a flexible schedule and always worked to accommodate my school and extracurricular activities.

How does it feel to be one of the youngest franchise owners in Chick-Fil-A history?
Chick-Fil-A has been a part of my life since high school, so I don’t feel like I am making history. That said, it’s really cool that so many people have been inspired by my journey and that feels like a huge honor.

How are you feeling with the grand opening of your second location in downtown LA?
It’s been a long journey with a lot of hurdles to work through, but it feels really great to see everything come together. I love the diversity of downtown LA; there is something for everyone. I’m excited to bring the unique hospitality that we offer in a fast, casual environment.

What advice do you have for young people who want to become franchise owners?
Gain work experience at a local restaurant. A lot of people say they want to own a franchise but have never worked in a restaurant. It’s hard, hands-on work and you really have to know what you are getting into.

What keeps you motivated?
Knowing that I employ 85 team members who are working toward something bigger, better, and greater. The responsibility I owe to them to help them reach their goals and dreams keeps me motivated.

What has been your hardest challenge, thus far?
Recruiting, hiring and retention has been really challenging. Building a culture inside the restaurant has helped me to keep a consistent, happy and engaged staff.

What has been your greatest accomplishment?
This moment right now. Being selected to open and run the first restaurant in downtown LA is a tremendous honor.