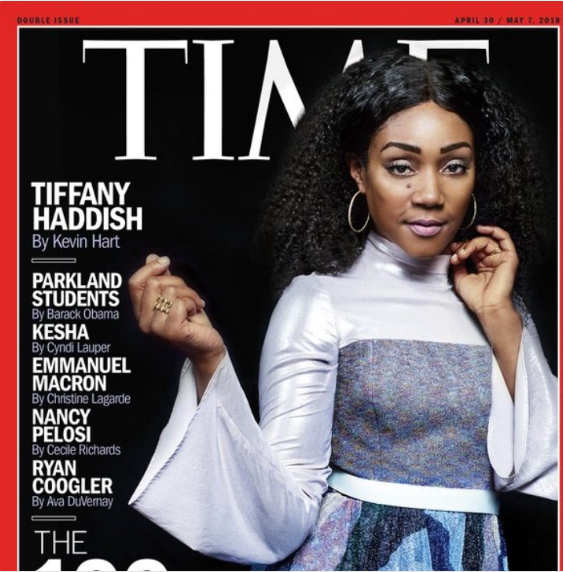 Tiffany Haddish fans are irate over her Time magazine cover.

Many Haddish fans railed against the publication’s editors because of their displeasure over her styling on the magazine cover, blasting the publication over her hair and makeup.

Moreover, they want Time to go back and redo the cover for the Girls Trip and “Last O.G.” star.

“Who did hair and makeup because this is not a flattering picture,” another person tweeted.

“Tiffany is way prettier than this! She deserves better than that!! This magazine cover is so bad,” said another.

“Ummmm excuse me @TIME! This photo look like when the photographer is doing test shots & caught her just doing something!” another fired up user said. “WE NEED A REDO @TiffanyHaddish you should demand one too!”

“Bad lighting, bad makeup, overall bad photo,” someone else said. “Y’all did her so wrong and you have the money do to better. ”

“No. Who is responsible for this?” someone else wondered. “She deserves better — the hair, makeup, lighting, styling…it’s all bad.”

And another Twitter user responded, “Oh Tiffany … you shouldn’t have talked about Beyoncé’s business, now look what’s happened because of it. She knows everyone.”

While fans were upset about the cover for the South Central, Los Angeles native, conversely many are happy with Kevin Hart’s caption about the star.

Hart, who wrote the piece about his Night School co-star in Time magazine, regaled the readers with how he gave Haddish, 38, more than $300 13 years ago after learning she was homeless and living in her car.

“Now Tiffany is bringing a whole new level of fresh to the comedy scene,” he wrote in the mag. “She’s just so authentic and unfiltered. You never know what’s going to come out of her mouth. And you can tell she’s having fun — she’s seen a time when things couldn’t get any worse, and she’s giving it all she has. …”

He added, “Tiffany is an amazing talent with an even bigger heart. She loves to put her loved ones in a position of happiness. I hope she keeps being herself because that’s what got her shining. And I want to see her go big and beyond.”