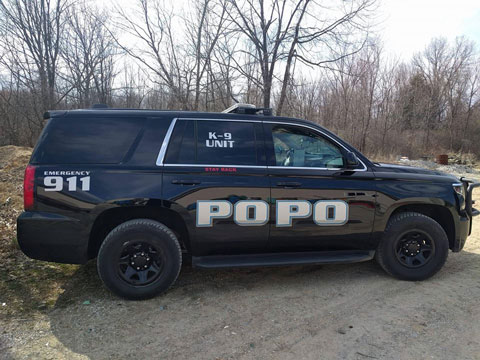 Apparently, the Bath Township Police Department in Michigan “got jokes” for the community it serves. The department used its official Facebook page and posted the following:

“So as some of you may have noticed, our page has been pretty helpful in connecting us with our community. We’ve found though, that we are still struggling to really reach the younger folk out there. So in an effort to bridge that gap, we’ve decided to update our patrol car graphics in an attempt to be more relatable to the local youths.”

Later the admin for the page had to defend the post with the following comments:

Bath Township Police Department “We made this post as a joke. These aren’t real graphics, just a quick cut and paste in MS Paint.”

Bath Township Police Department  “This joke has actually been appreciated by the majority of our followers and people in our community have loved it. We feel those are steps in the right direction 😀”

Several hundred comments were made on the Facebook page with some thinking it funny and others feeling it was racist and offensive.

One person posted: “Some lame a– s— you would expect the police to do. POPO is not funny and usually means here come the cops who will kill you and plant drugs on you, so I guess they are on code.”

Since the post was a joke it also means that outreach to the youth in Bath Township is also a joke. It is far better to physically engage with the youth rather than create a funny MEME mocking the youth.