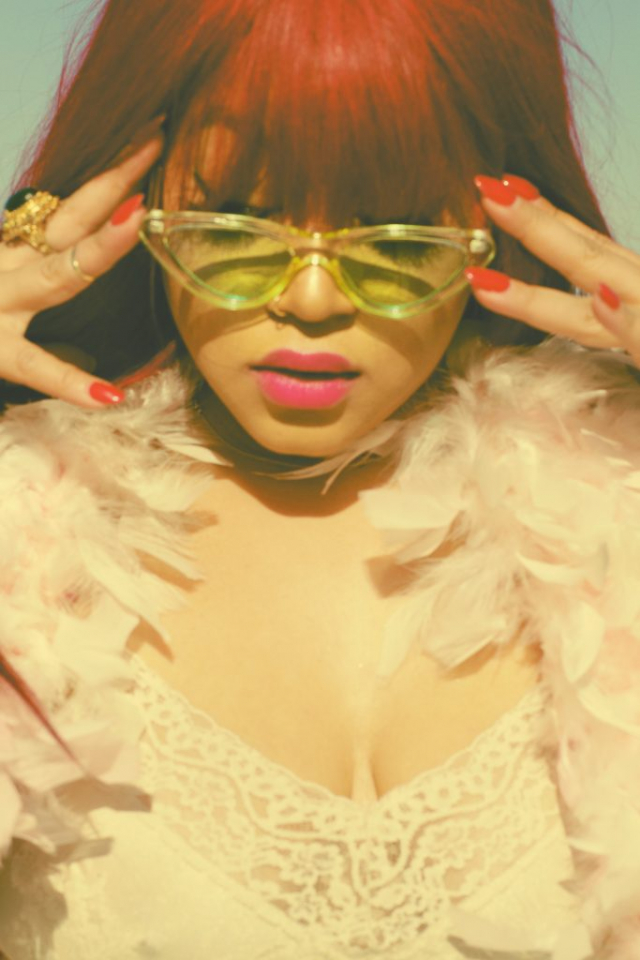 Tiffany Fred is a Grammy Award-winning R&B singer from Madrid, Spain. Her career started in the songwriting category, and she won her first Grammy while working on Jennifer Hudson’s self-titled project in 2009. Since then, she’s had the chance to work with Jason Derulo, Tamar Braxton and Zendaya. Now, she’s putting her pen to work with her own material for the world to cling to.

Describe your in-studio process. Are there certain actions you must take to get yourself into a creative space?

There are a few things. Firstly, my entire house is full of light bulbs that turn almost every color. Candles, diffusers, salt lamps, all things that glow, I got it. So, most times, I write and record at night so that my house can glow like I’m in the movie Avatar. I usually smoke a joint and then fumble through loops on Splice until something grabs me. I record myself, so Logic is almost always pulled up and ready when I start listening to loops.

Talk about that moment when you won a Grammy in 2009 for your songwriting on Jennifer Hudson’s self-titled album.

If I’m being honest, I don’t even feel like I earned that Grammy back then. I was still so green as a writer, but I feel like God let me achieve something to that magnitude that early on in my career, so I didn’t quit. Every job I had before music I either quit or got fired. Music was the first thing I ever really committed to. It made me keep writing.

Is it a difficult transition for you to switch over from being a songwriter to an artist?

Honestly no. I stopped songwriting for other artists about a year and a half before I wrote my first song for me, so I was already so removed from that part of the music business. I also have my own studio as well, so I’ve always been able to vibe on the stuff I wanted to. I think if you know how to create your music yourself, it’s not a hard transition at all because no one can give away your records.

Your first EP Drake is a nod to the Toronto icon. Like Drake, is there a certain vulnerability that you pull from? Your new single, “Don’t” is a great example of this.

Absolutely. Every lyric I write for myself I genuinely mean at that moment. When I wrote “Don’t,” I meant every word and I still do. I think for most women great sex gets confusing real fast. It’ll have you thinking all kinds of stuff that’s not true about that man.