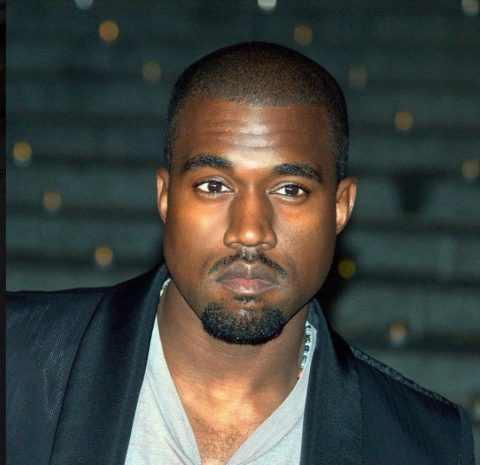 Without too much conjecture, Kanye West has clearly become dangerous. He is not a danger to himself, at least not yet, but he is insidious to the rest of the dark-skin nation that has to live under the odious consequences that come when a narcissistic, mentally-misshapen man spews repellent garbage out of his mouth with aplomb and in accordance with the tyrannical oppressor.

These are the classic conversations that conservatives love to hear in order to place blame on the oppressed, while simultaneously absolving the oppressors from any accountability for the assortment of atrocities they’ve perpetrated against Blacks and the rest of humanity for centuries.

But the idea that slavery was a choice is perhaps the most repugnant and alarming statement he’s made so far since returning to Twitter after his mental breakdown two years ago.

TMZ reporter Van Lathan was, thankfully, in the house to gather West and drag him off the set. And the best thing thing is that Lathan delivered the parental-type tongue lashing with love and honesty.

If you missed the momentous moment, check it out below, beginning with West’s nonsensical assertion:

Kanye with the worst take yet

“You hear about slavery for 400 years. 400 years?! That sounds like a choice.” pic.twitter.com/jJwtByDuyH

Man @VanLathan thank you for saying what you said to Kanye. pic.twitter.com/IxYvA7FYVJ

In the aftermath of Lathan peeling West’s scalp, social media practically threw Lathan a parade for his eloquent clap-back:

Don’t usually get caught up in commenting about stuff like this but I saw what Kanye West said and I was ASHAMED. 400 Years of slavery a CHOICE???? Really! All I’ll say is this: I’m incredibly proud of that staffer from TMZ. Brilliant, Eloquent & totally appropriate response.#WTH

Dude just gave Kanye the business. But more importantly, he did it in a way that was humane and loving.

#VanLathan out here saying what we all want to say to Kanye. pic.twitter.com/FWvMgvRcCk

My brother @vanlathan on @TMZ doing God’s work. He didn’t utter one lie to @kanyewest gotta get them to have a conversation later……

Van Lathan gave what seems to be the most heartfelt reprimand. It wasn’t no dis rap or saucy tweet or call to get buddy beat up. You could hear the concern and disappointment.

I’m glad that Van is having this very healthy dialogue on TMZ right now. Also I’m very happy that Harvey Levin isn’t stopping Van from saying this because we all know most white people don’t want to hear this.

This is why it’s important to have diversity on your staff. No one else was gonna speak up. And #Kanye wasn’t going to respect anyone else speaking to him like this.

@VanLathan I was hoping you reached this man, but if not, thank you for saying what a lot of feel…who is this individual? #Kanye is done. Been done. pic.twitter.com/Tum6bPFIhZ

Dude caught the Holy Spirit and allowed the ancestors to speak through him. #ForTheCulture pic.twitter.com/2GJncoBg1j

.@VanLathan wanted to explode. I’ve been there.

But with precision and composure he embodied what Baldwin said, “To be a Negro in this country and to be relatively conscious is to be in a rage almost all the time.”

#KanyeWest has been CANCELLED. We do not expect him to be renewed, this cancellation is permanent.#TMZ #VanLathan btw #Charlamagne is not a god. pic.twitter.com/rWhgSxLtNg