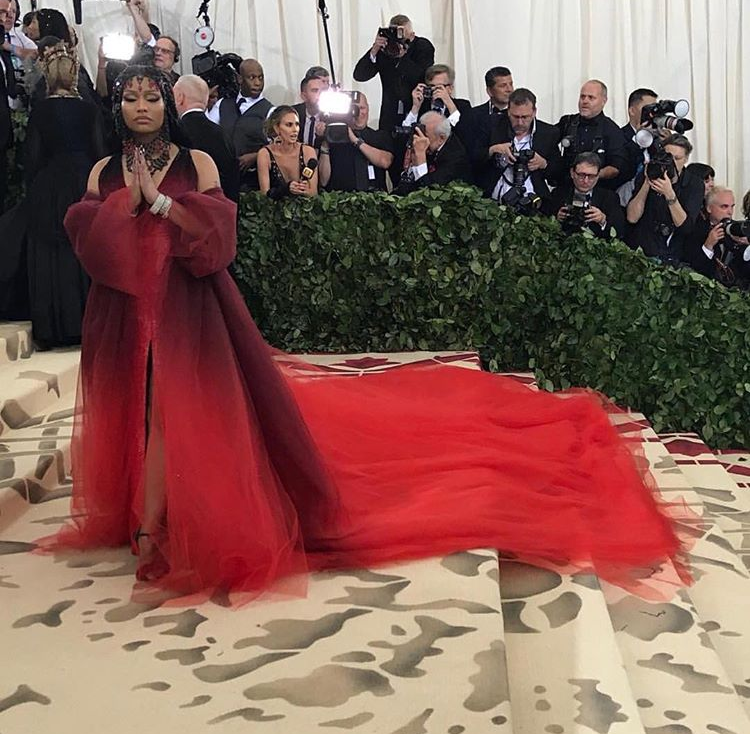 Every hip-hop head knows there is a cold war raging between the two princesses of rap, Cardi B and Nicki Minaj, despite the fact the two have carefully avoided talking about each other publicly.

Fans and friends of the rap ravens, on the other hand, have been tossing verbal grenades at the other side and third parties have been kicking up dust to keep the drama going. As a result of the kerfuffle, everyone believed the lyrical lionesses hated each other intensely.

Or so we thought.

Fans were stunned to find out that Cardi B, 25, and Nicki Nicki Minaj, 35, exchanged niceties during the ultra-prestigious and super-exclusive Met Gala on Monday night, as reported by The Shade Room.

The music mavens reportedly fell out over their participation in the Migos track “Motorsport.” But E! reports that the thawing of their icy relations was assisted by Cardi’s date for the evening, Moschino designer Jeremy Scott.

Cardi was invited to her first Met Gala as Scott’s plus-one. Fortuitously, Nicki is a close friend of Jeremy’s, and those two attended the Met Gala together back in 2016. With the two in proximity to one another, E! reports that Scott believed it was his duty to unite the feuding femmes fatales.

The paparazzi hungrily spied on Nicki and Cardi in conversation and some media hounds believe Minaj might have even rubbed Cardi’s baby bump.

In a recent interview with E!, Nicki said Cardi “begged” to be featured on her “MotorSport” collaboration with her boyfriend Migos. However, when Nicki got wind that Cardi B described the experience with the Pink Barbie queen in less than flattering terms, war was declared.

“I really fully supported her and up until this recent interview that she did, I had never seen her show me genuine love in an interview,” Minaj said angrily.

“And I can just imagine how many girls wish they could’ve been on a song with Nicki Minaj. I’m not saying it in a cocky way,” she added.

Well, it appears that, at least for the moment, the two Caribbean island girls (Nicki Minaj was born in Trinidad and Tobago, while Cardi B was born to a Dominican father and Trinidadian mother) have repaired their relations.

For the occasion, a pregnant Cardi sported a choker, sparkling jeweled headpiece, and her Moschino gown was covered in ruby and sapphire stones.

Nicki Minaj was dressed in a flawless red gown and a beaded veil.

Check out the Pink Barbz discussing it below at the Met: