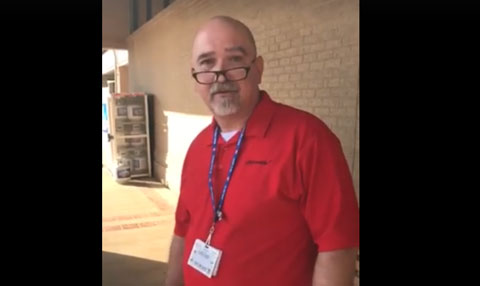 For the past few weeks, tales of bigotry and outright hate towards people of color have been appearing on social media. The Black people involved are just attempting to go about their normal lives when some White person with little to no authority makes their life hell.

The latest tale comes from Kellen Hill and the good folks at Schnucks Concord Village, a supermarket chain in St. Louis, Missouri. Hill had given his girlfriend $1,100 to get a money order to pay rent. However, store employee Travis Donahue decided that a Black person with that much money was attempting fraud and refused the transaction. It was not until a group of White female shoppers gathered and became outraged at the employee’s blatantly racist behavior towards the young crying girlfriend and Hill’s impassioned pleas that they got the money order.

“I deeply apologize to the customers and am incredibly disappointed in the poor judgment that was used in handling this incident. Due to multiple recent incidents of fraud where subjects were using stolen debit cards and showing out-of-state identification — most frequently from the state of Florida — to purchase high-dollar money orders, the customer was asked to use cash to make the purchase instead. Although the teammate was focused on the recent increase in fraud, once the customer produced cash for the transaction, the money order should have been sold without further issue,” I want our customers to feel welcomed and respected in our stores and I sincerely apologize for how our customers were treated in this instance.”

“It’s really sad that you can’t be black and buy a money order without being accused of fraud. I gave my girlfriend $1100 to go get a money order for rent and this guy Travis Donahue from Schnucks Supermarket denied her “because people like you are doing fraud”. He then called the cops and tried to have us arrested for being “disorderly”. Needless to say, we stood our ground and made him give us our money order. No one went to jail or got killed but just another case of racial discrimination in America. Please like and Share this video until it makes it to the corporate office. I want him FIRED IMMEDIATELY!!!”