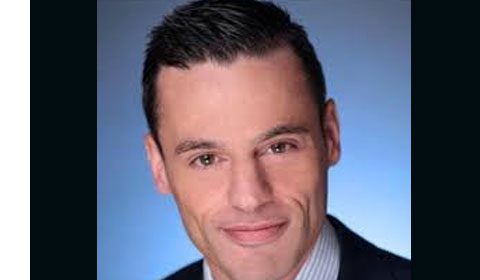 It seems White racists comfortable in their bigotry are getting the tables turned on them with increasing frequency. The latest person convicted in the court of social media is New York lawyer, Aaron Schlossberg, 42. He was famously recorded berating Spanish speaking workers at a restaurant in an ignorant tirade.

Schlossberg went so far as to state that he could guarantee that workers at the restaurant were undocumented. Apparently, he was furious that workers were speaking Spanish and stated that his next call would be to ICE (Immigration and Customs Enforcement). Customers at the shop were shocked at his level of despicable racist self-righteousness. Now his temper tantrum has bitten him in the ass because his face and name are all over social media. This week he actually ran down the street from a reporter from the New York Post, who asked him “At what age did you decide to become a racist?”

Then a GoFundMe account was raised to hire a Mariachi band to play outside his office and hire a taco truck to give out free food. The landlords of his building did not like having such a famous tenant and told him that his office space rental was terminated. According to the NYP, Hayim Grant, the president of Corporate Suites, which operates the business center, stated:

“We have terminated his services agreement with us… His actions are just not consistent with our community and rules and regulations. It’s totally contrary to everything we believe in as a company and personally.”

But it gets worse for Schlossberg, Congressman Adriano Espaillat and Bronx Borough President Ruben Diaz Jr., filed a complaint against Schlossberg to the New York State Unified Court System’s Departmental Disciplinary Committee — calling on the panel to investigate the attorney and possibly disbar the scoundrel. That means a 2-minute racist tirade has the potential to cost him ten’s of thousands of dollars that he invested to be a lawyer in the state of New York. As the fallout continues for Schlossberg, it will only be a matter of time before he states that he was the victim.

The video that cost Schlossberg dearly can be seen below: