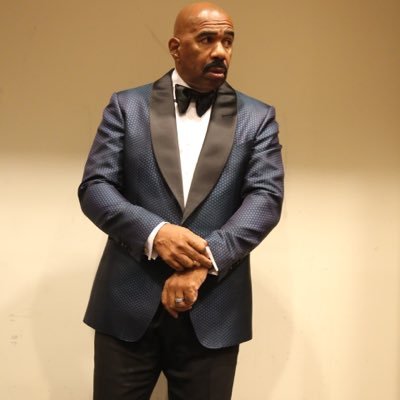 It is no secret that TV host superstar Steve Harvey and his ex-wife Mary Vaughn curse the very air the other breathes. The two have been waging a wide-ranging war in the courts for years.

But now the warfare has reportedly engulfed the lives of other people associated with the two. One friend of Vaughn has reportedly filed a multi-pronged lawsuit against the legendary comedian-turned-“Family Feud” host, saying Harvey unleashed his goons on her to harass and intimidate the civil rights activist and “murder her emotional state of mind” after he learned that she was in talks to do a reality show with his ex-wife.

Essie Berry has reportedly filed a $5M lawsuit against the Kings of Comedy star for “defamation, despicable conduct, intentional infliction of mental anguish and emotional distress,” Bossip reports after, according to Berry, he engineered a years-long campaign of malicious intimidation and sabotage, according to court documents filed on May 22.

Berry is the widow of sitcom star Fred Berry from the classic show “What’s Happening.” Harvey allegedly commenced a seek-and-destroy mission of Berry after she and Harvey’s ex-wife, Mary Vaughn, were in the talks to participate in a reality show she’d been pitched called “Widows, Wives and Ex-Celebrity Wives.”

Berry said she was not privy to the fact that Vaughn had signed a nondisclosure agreement during her turbulent divorce from Harvey that forbids her from speaking on anything related to the former marriage.

Once Harvey found out that such a reality show was possibly in the works, Berry said Harvey went volcanic and tried to torpedo Berry’s life though “malicious prosecution.” Harvey allegedly referred to her as an “extortionist” and a “co-conspirator.” Berry said Harvey’s shenanigans and industry sabotaging scared away this and any other reality show opportunities.

“…The defendant went (to) great lengths to make Ms. Berry’s life a living hell,” Berry wrote in court docs, according to Bossip.

Harvey countered Berry’s accusations as unsubstantiated and meritless and dismissed her as a person who was abusing the justice system.

Berry fired a few counter strikes, saying Harvey did the following to her:

“When someone saw the man peeking in the window, he was confronted,” Berry wrote in her new complaint, according to the entertainment publication. “This is when he identified himself as an affiliate of Harvey, not an officer of any court. He asked for the plaintiff by first name, then ran off.”

A terrified Berry responded by filing a police report and getting a restraining order against Harvey, her court papers say. She is asking the courts for $5M in damages, as she said she had to seek medical help to deal with anxiety, panic attacks and other health-related issues due to her extreme fear of the Harvey camp.