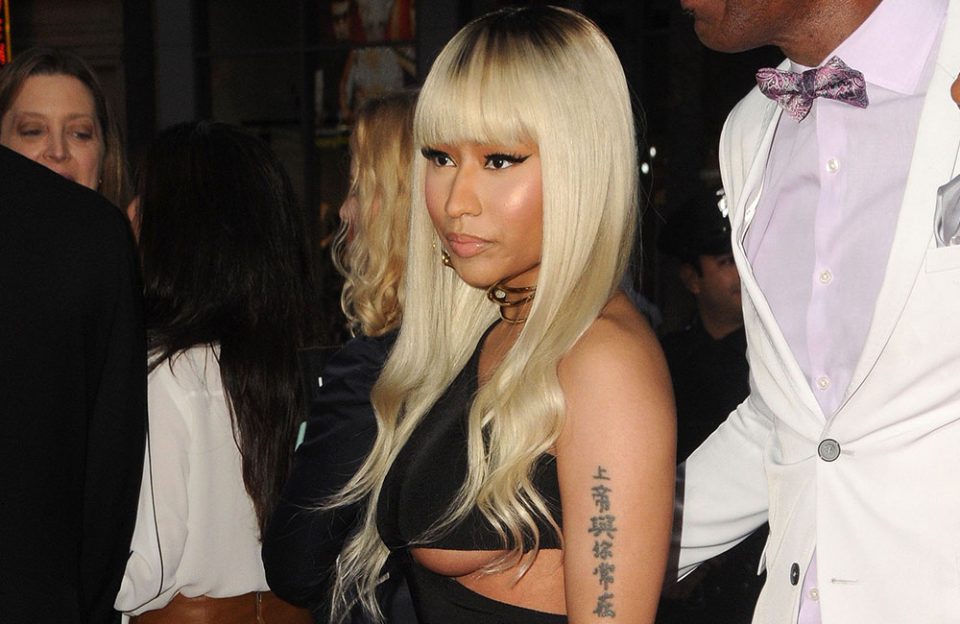 Nicki Minaj has seemingly confirmed she is dating Eminem.

The 35-year-old rapper released her new single “Big Bank” on Friday, May 25, 2018, which features lyrics alluding to a relationship with the fellow rapper — whose real name is Marshal Mathers — and after posting a clip of herself mouthing along to that section of the track on Instagram, Nicki has confirmed that she is in fact in a relationship with the”Lose Yourself” hitmaker

When one fan commented on her Instagram post asking if she was dating 45-year-old Eminem, Nicki simply replied, “Yes.”

As of the time of writing, it is not known whether Nicki was being truthful about her love life, or if she was just teasing her fans.

“Big Bank” — which features fellow rappers YG, 2 Chainz and Big Sean — seems to hint at Nicki having slept with Eminem, who is also known as Slim Shady.

Some of the lyrics read, “Uh oh/Back again/Back to back Maybach, stack the M’s/Told em’ I met Slim Shady, bag the M/Once he go black, he’ll be back again.”

Nicki’s confession comes after she revealed to Ellen Degeneres last year that she was trying to stay away from men.

She said, “I’m just chilling right now, I’m celibate. I wanted to go a year without dating any men, I hate men.”

Eminem, meanwhile, has had no public relationships since his divorce from Kimberly Anne Scott — with whom he has daughter Hailie, 22 – after being married to her twice, once from 1999 to 2001, and again briefly in 2006.

The “River” rapper — who also has custody of Kimberley’s 16-year-old daughter Whitney, whom she has from another relationship, and 25-year-old Alaina, who is the daughter of Kimberly’s twin sister Dawn — said last year, “It’s tough. Since my divorce I’ve had a few dates and nothing’s panned out in a way that I wanted to make it public. Dating’s just not where I’m at lately.

“As far as going out, like dinner and a movie – I just can’t. Going out in public is just too crazy. I mean, I’d like to be in a relationship again someday. Who doesn’t? It’s just hard to meet new people, in my position.”