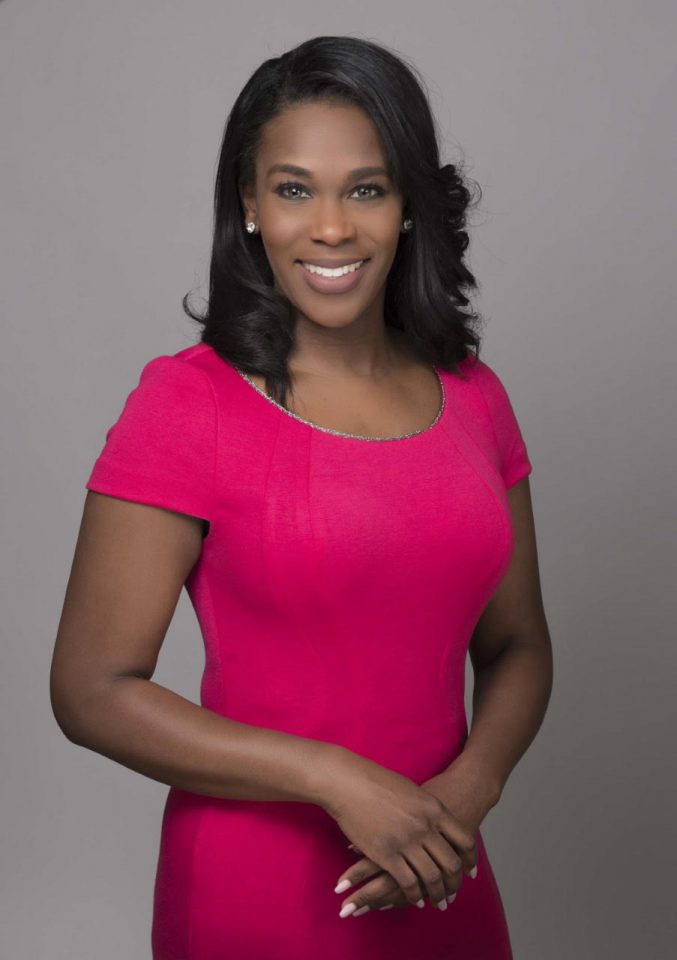 After joining the KARE 11 team in 2014, it was clear that journalist Adrienne Broaddus’ purpose was to impact and inspire. The Emmy-nominated journalist is a member of the NBC affiliate station in Minneapolis, Minnesota. Here she shares how she has used her passion for investigative journalism to serve the greater community.

Pops, as I affectionately call my dad, made me write. I wrote about catching tadpoles. And, I wrote a letter demanding an extended curfew. I chose broadcast news because of the immediacy and the power of video …  Before my assignment at KARE-TV, I worked at WISH-TV. I also interned with a government access station, HOM-TV, pronounced like home.

What drives you every day?

Fear of failure. Indeed, I’ve learned from some mistakes but who wants to fail? I’ve always been curious. I believe you never stop learning. I love learning and trying new things. I am currently pursuing my master’s degree at Ball State University. Statistics and learning to code have been most difficult.

How do you “show up” when it’s a big news story?

I try my best to treat all stories the same. Big or small, my goal is to create an experience for the people watching and listening. At the end of the story, I want them to feel something. I want people to remember the story.

How do you prepare?

I often work alone. After anchoring our 11 a.m. newscast, I shoot and edit my own stories. That means I lug the camera and equipment around. The thing that helps most is identifying the focus of my story early. I write my opening and closing line in the field. I also try to identify the reveals and key moments while shooting. Preparing also means adapting to change. You can have a plan but things can take a turn.

What are some of your basic, go-to questions?

What’s on your heart? I avoid asking people how they feel – especially at a crime scene or a story that is sensitive. What else can you tell me that I haven’t already asked? These are two questions that have never failed me.

What is the most impactful story that you’ve worked on?

I like stories that touch the heart, where I am able to tell a story and help others. I did a story about a family who heard their son’s heartbeat in the chest of another man. Their son, who died in a house fire, was an organ donor. The story was one of our most shared stories that year. Strangers reach out saying they were going to sign up for organ donation.

The loss was devastating but the family trusted me to share their pain in an attempt to help and educate others about organ donation. Since that story aired, I’ve been an ambassador for promoting the gift of life. I produced several stories about living kidney donations. If you look at the data, Blacks are disproportionately affected by an insufficient number of organ donors.

Coupled with stories that touch the heart, I like educating and empowering communities often overlooked. My recent series on wigs and weaves examined why Black hair has been viewed as unattractive. For Black girls, hair is peppered with messages and has the power to dictate how other people treat you. In Minnesota, a white stylist refused to shampoo the hair of a woman with Black hair. She was humiliated. Like so many other Black women, that woman was finally brave enough to wear her natural hair. My series of reports helped break down barriers to create positive change.

Viewers reached out wanting more information about ways to maintain and regain healthy hair. The conversation gained local and national attention. It also helped many women in our industry. Before the stories aired, women in the TV industry sent emails and Facebook messages saying they didn’t feel comfortable wearing their natural hair on air. Media professionals from CNN, MSNBC, and CBS News shared the reports. For the first time, some Black female anchors said they felt empowered to wear natural styles during their broadcast. I was happy to see the reports spark a national dialogue in the TV industry and in another project that explores identity and self-esteem. It inspired women of all ages to be comfortable in their own skin and to believe in themselves.

Does technology play a role in your daily life?

Absolutely. We communicate with our cell phones and have the ability to broadcast live from our cell devices.

I’ve always wanted superpowers like Inspector Gadget, one of my favorite cartoon characters. But that will never happen. I’m not perfect, but cool with how God made me.

What advice do you have for those who are interested in following your career path?

Find your passion. Ask questions. Invest in yourself. Learn the craft and don’t be afraid to attend journalism conferences and seminars.