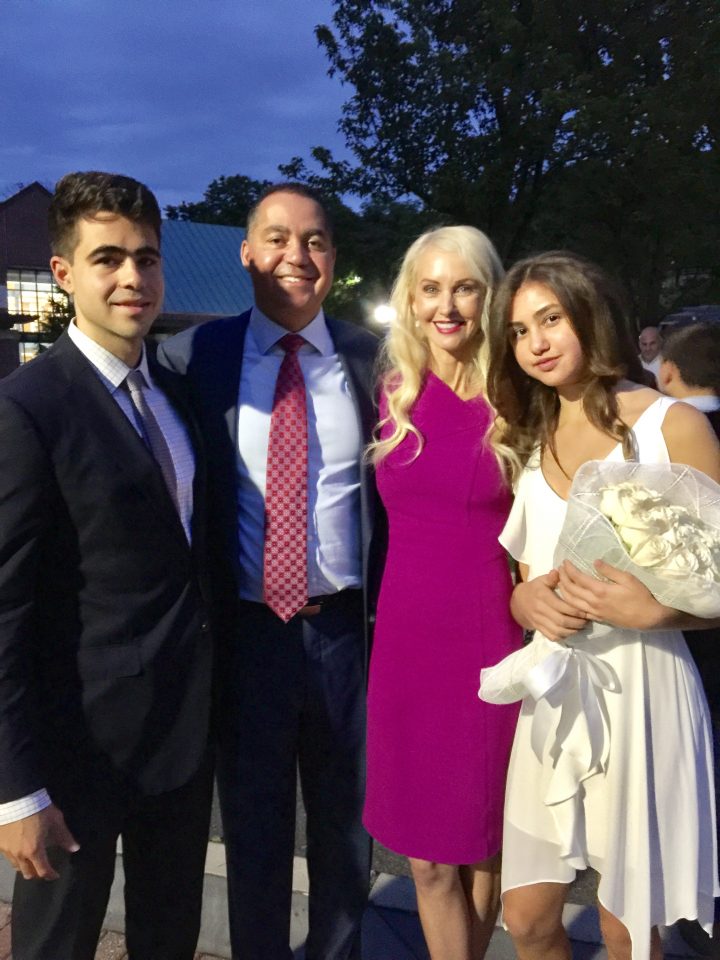 Recognized as one of the most successful entrepreneurs in the nation, R. Donahue Peebles is Founder, Chairman and CEO of The Peebles Corporation, one of the country’s few national privately held real estate investment and development companies with a multi-billion dollar portfolio of projects in New York, Washington D.C., Philadelphia, Boston, Miami Beach, Los Angeles, and Charlotte.

In addition to his role as CEO of The Peebles Corporation, Mr. Peebles is a top-selling author (The Peebles Principles and The Peebles Path to Real Estate Wealth), a regular guest on CNN, CNBC and FOX, and a highly sought-after speaker who has addressed educational, business and professional audiences across the United States.

Mr. Peebles is an avid supporter of mentoring to expose youth to the value of entrepreneurship, as well as an active political supporter and fundraiser for local, state and federal campaigns of both major parties. He currently serves on the Board of Directors of YMCA of Greater New York as well as Miami-Dade County Mayor Gimenez’s Business Roundtable. He is also a USC Ambassador.

He has served on the National Finance Committee of former President Barack Obama, and is the former Chairman of the Congressional Black Caucus Foundation as well as the Board of Greater Miami Convention and Visitors Bureau.

Peebles shares his thoughts on fatherhood.

I hope to leave my children with a sense of responsibility and purpose, and a commitment to make the world a better place. With regards to the children of the communities in which I live and do business, I hope that I provide them with a validation of the belief that there is no limitation to their dreams and if they are willing to work hard, prepare themselves with a strong education, and live their lives with a core set of values and principals, there is no limit to what they can accomplish.

How would you describe your Fatherhood culture?

The most important roles I have are that of a father and a husband, and my role as a father is to be engaged, accessible, and ever present. I challenge my children to dream. To paraphrase Robert Bernard Shaw, some people look at things the way they are and ask “Why?” I encourage my children to dream of things that never were and then ask “Why Not?” And so, as a father, I should be the source of strength, source of compassion, their strongest cheerleader and advocate, and help them pursue the things they are passionate about; And remind them of the great opportunities that they have and the responsibility that comes with those opportunities.

What insightful advice would you suggest about building a network?

My wife and I, by choice, sent both of our children to Jewish preschools, because we wanted them to be very comfortable with other cultures and to understand different people and respect them. We felt that by exposing them to other cultures, their world gets much bigger. Children tend to focus on similarities and build relationships with like people based on those similarities. A diversity of friendships early on is extremely helpful in building a network of different friends that will enrich them. If children develop a broader appreciation of people and resist the impulse to keep their circle of friends small, they will end up having a larger pool of friendships available to them. Also, building a network of friendships is about being a friend, because in order to have a friend, you have to be a friend. Another piece of advice I would give is not to burn bridges, because one day you may have to walk across that bridge again.

“The Giving Tree” and “Harry Potter”.

Education and knowledge are power – it enables children to understand, both, the world and themselves, which in turn creates awareness, drive, and competence. As Nelson Mandela said, “Education is the most powerful weapon which you can use to change the world.” Teaching children valuable skills not only gives them independence, but also builds their drive and self-esteem.

As a father and a life coach, describe your playbook.

It’s a combination of “Teach a man to fish and you feed him for a lifetime” and “It’s nice to be important, but it’s more important to be nice.”

My children’s personal dreams and aspirations without limitations have taught me that I should see none. I recall when George W. Bush made Colin Powell Secretary of State, I asked my son which man on the TV screen was Colin Powell and he responded, “The one with the glasses.” When President Obama was elected President and my daughter came home from school, she asked me, “Daddy, why did they call him the first Black President? He’s Brown.” Both of these instances gave me great optimism for the next generation that we as a society would move beyond race. They also taught me that the eyes of children are unspoiled and that they don’t see some of the injustices that society has imposed upon us.

Why should you read every day?

As I mentioned before, knowledge is power. Keeping up with current events is an easy way for someone to learn about the world, our history, different cultures, and important issues. It keeps a person relevant while also giving them, both, an appreciation for their life, as well as an advantage over the uninformed. Additionally, reading sharpens, exercises, and broadens the mind.

Name one life lesson that no one taught you, but should have.

How important is keeping your word?

Very. It’s an effective way to build trust between a parent and a child, while also reinforcing security and stability within the relationship.

When it comes to protecting yourself at all times, physically and mentally, what would you tell your children?

Be careful of the situations you put yourselves in and the company you keep. There is an old saying that you’ll be judged by the company you keep. Be mindful of the environments that you are in. Follow your instincts– if you feel uncomfortable, don’t do it. With regards to mentally protecting yourselves, not taking things too seriously. Young children take things very seriously and my advice would be to not let the drama overwhelm you. Stepping back and taking a deep breath gives you greater mental health and protection.

What advice would you give on being responsible for your own dreams?

If you don’t believe in yourself, you will fail.

Following the spiritual values you learn along your journey gives you another dimension into your life – it keeps you present and allows you to focus on what is truly important.

My children’s personal dreams and aspirations without limitations have taught me that I should see none. I recall when George W. Bush made Colin Powell Secretary of State, I asked my son which man on the TV screen was Colin Powell and he responded, “The one with the glasses.” When President Obama was elected President and my daughter came home from school, she asked me, “Daddy, why did they call him the first Black President? He’s Brown.” Both of these instances gave me great optimism for the next generation that we as a society would move beyond race. They also taught me that the eyes of children are unspoiled and that they don’t see some of the injustices that society has imposed upon us.

When I was about 7 years old, I was driving home with my father and I wanted to learn how to drive. My father, who liked cars, took me over and placed me on his lap and let me have the steering wheel; and so, I drove up North Capitol Street in DC towards our house. It was a great thrill — I was excited about it for weeks.