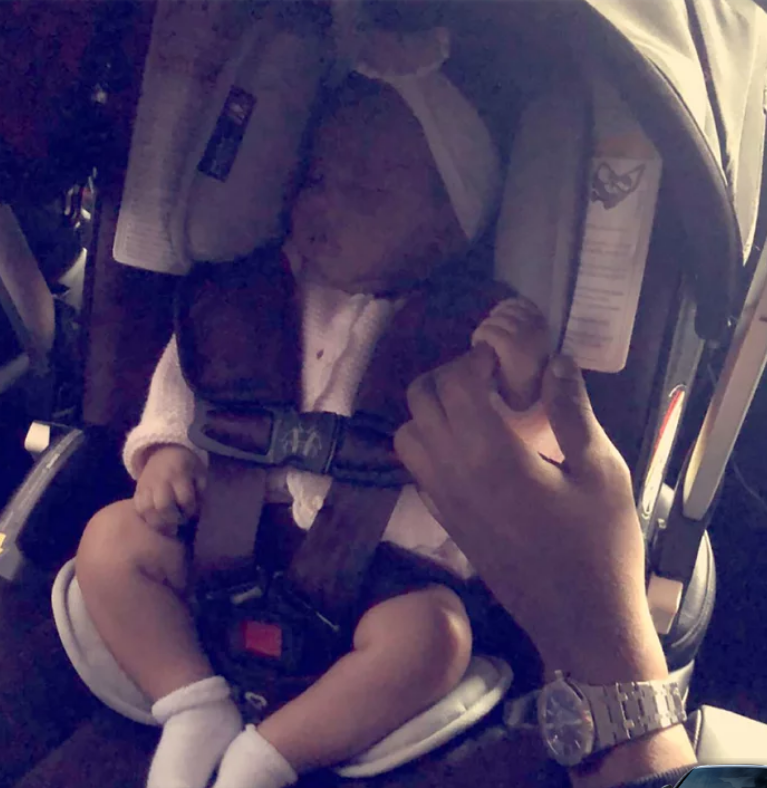 Khloé Kardashian has finally returned to the Pacific Ocean as she had promised. But the question on everyone’s minds is whether Tristan Thompson is with her in Southern California.

The “Keeping Up With the Kardashians” star and daughter True Thompson, born on April 12, left Cleveland, returned to suburban Los Angeles and got a welcoming reception fit for a princess — replete with gifts, balloons and cookies with the toddler’s face on them. 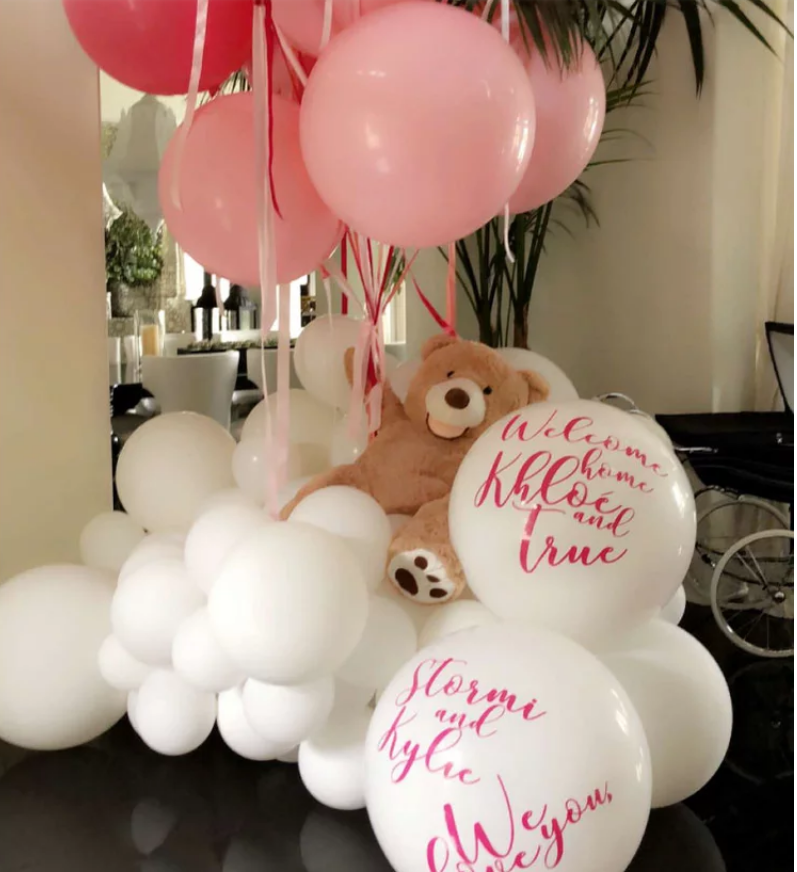 Kardashian, 33, also posted her daughter grasping her father’s fingers while taking a nap in her car seat. But this was before Kardashian indicated where she would be spending her Father’s Day. Kardashian did not indicate if LeBron James’ teammate for the Cleveland Cavs made the trip back to the West Coast with the pair.

Kardashian did not take long to post photos of the party gifts that awaited her arrival at the family’s ostentatious estate. 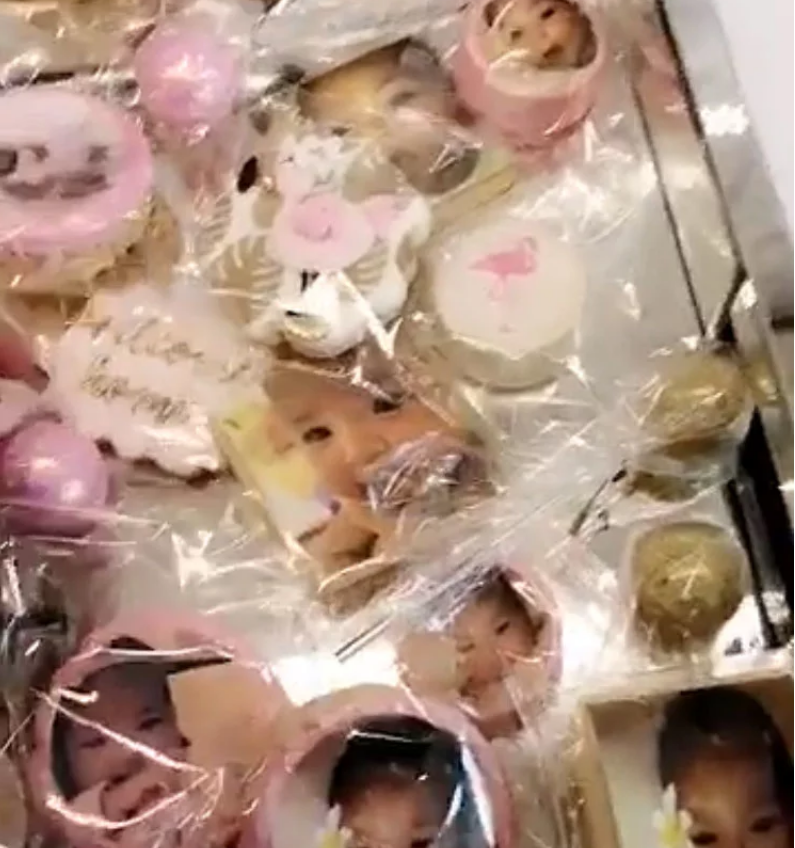 A balloon sculpture was sent by Kardashian’s younger sister Kylie Jenner, who also welcomed an infant a few months ago with Travis Scott.

“Welcome home Khloé and True,” one of the balloons read.

“We love you,” read another balloon, which was “signed” by Jenner and her daughter Stormi.

Kardashian, 33, flossed plates of cookies with her daughter’s face on them. 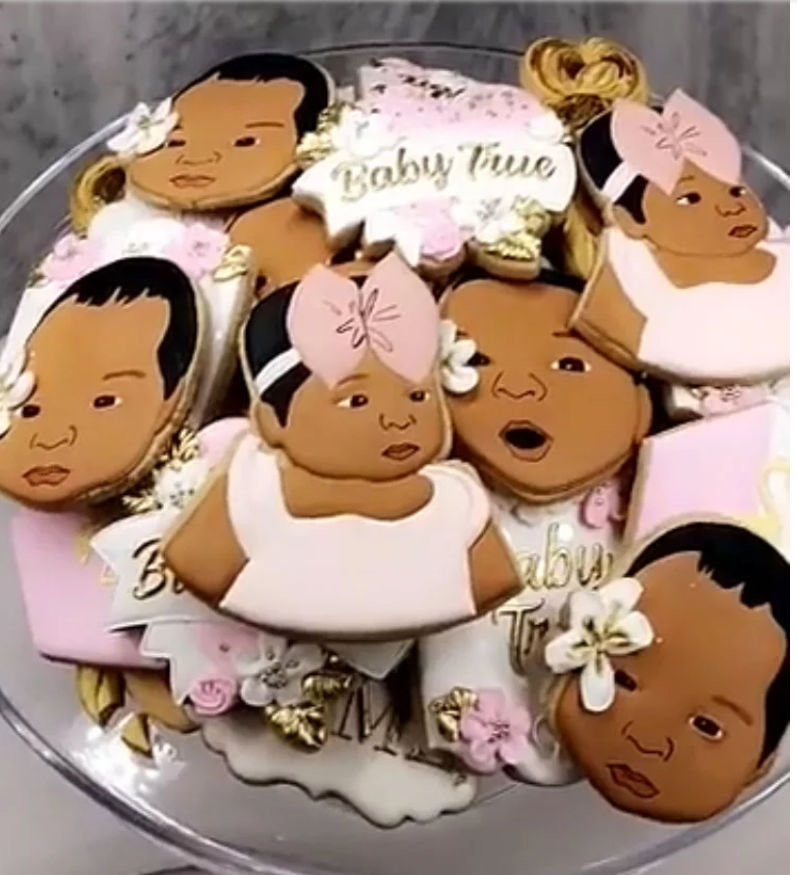 “I have never seen cuter cookies in all my life. Oh my god, my little baby,” she said while admiring the cute baked goods. “Oh, I am just in love.”

“Oh my goodness. I can’t handle it. Welcome home cookies,” she gushed. “No words, I love you guys.”

The question is whether Kardashian still has love for Thompson, who cheated on her. The NBA center, 27, also shares 18-month-old son Prince Thompson with ex-girlfriend Jordan Craig. Many fans of Kardashian have conveniently forgotten or overlooked the fact that Thompson also cheated on Craig with Kardashian when Craig was in the latter stages of her pregnancy. And Kardashian knew that Thompson had a girlfriend at that time.

Even though Kardashian was living in Cleveland since the birth of True, her mother, Kris Jenner, told “Entertainment Tonight” that her daughter would return to Calabasas, California “really soon.”

Kardashian is reportedly “in a really good place” and “feels whole” with her first child, sources told People magazine, despite being humiliated on an international scale with Thompson’s brazen cheating scandal that was captured on video and went viral.

“The Tristan stuff hasn’t seemed to impact her substantially — at least not for now,” the insider added. “She is prioritizing, and her priority is True. Whatever else comes next with Tristan, or really anything, she’ll deal with it as it comes, but she will not let anything affect this amazing time with her little girl.”

Fans got a peak inside Thompson’s state of mind about being a father to a girl during a recent episode of the Uninterrupted’s “Road Trippin’” podcast with ex-NBA baller Richard Jefferson and Allie Clifton.

“This is the first girl Thompson, female Thompson, so it’s huge,” he said. “I think with a girl, you’re just so much more emotionally like… with a boy, it’s just like, ‘Hey man, you’ll be all right man. Stop crying.’ But [with True], it’s like, ‘True, it’s gonna be okay. You know, we’re right here. Daddy’s here to feed you. It’s me! Look, yeah!’ It’s way different, but it’s fun, though. It changes you.”