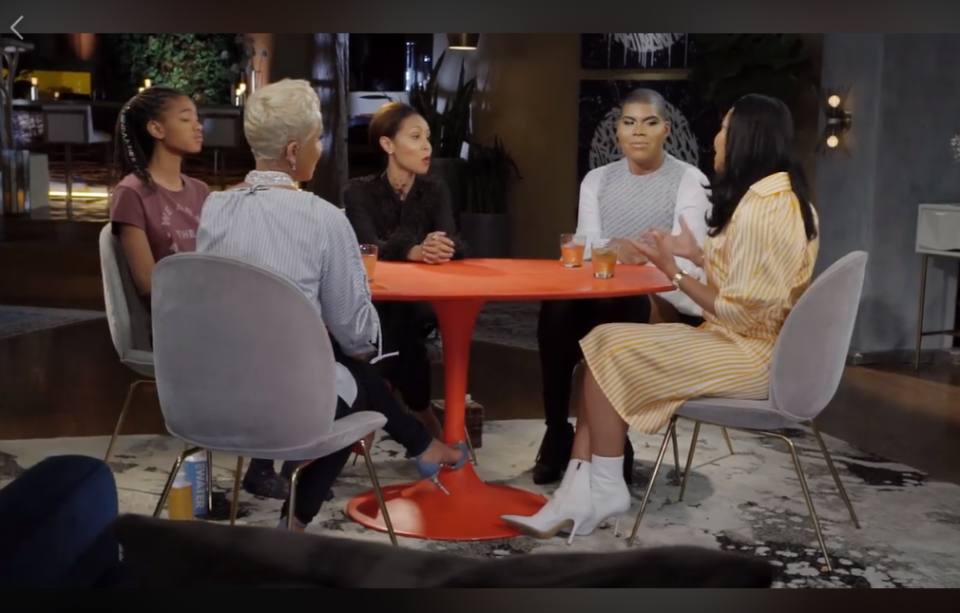 When Earvin “Magic” Johnson learned his son was gay, the hyper-masculine NBA Hall of Famer and business mogul broke down and started crying, his family recollects on “Red Table Talk.”

Earvin “EJ” Johnson and his mother, Cookie, 59, were guests of Jada Pinkett Smith on her popular Facebook Watch program.

“We had the talk with Dad (Magic Johnson) and that was a little tough,” Cookie told Pinkett Smith. “My husband is the kind of person like he reacts quickly. Everything that came to the top of his head, he just let it out.”

“It hurt my feelings and I know it probably hurt [EJ’s] feelings.” Cookie recalled Magic, 58, saying, “This is not what I wanted for my son. And do you realize what you’re saying because the world is not going to like that and do you want to live this life?”

Cookie, who intimated that her intuition told her that EJ Johnson was gay long before the two told the basketball icon and patriarch, said she and Magic Johnson sat down and talked about his outburst.

“Afterwards, I told him, I said, I thought that was a little tough. That wasn’t right.’ Then he didn’t say anything,” Cookie said.

The following day, EJ Johnson says father Magic walked into his room, “And was like, ‘We’re going to get through this and I just need time.’ And we both started crying a little bit.”

EJ remembered his relationship with his father improved significantly once the son moved to the other side of the continent to attend college in New York.

“When I came back to visit, he picked me up for dinner,” EJ said. “He hugged me so hard. He almost like broke my back. At that point, I was like, ‘We’re going to be ok.’ I could really feel the love.”

Check out the entire episode of “Red Table Talk” below on Facebook Watch.

From one of the most well-known families in America, the outspoken E.J. Johnson brings his mother Cookie to the Red Table for a colorful discussion about gender fluidity, individuality, and fashion. He and Willow explain how their generation has very different ideas about gender stereotypes, and how they stay true to themselves in the face of societal expectations.