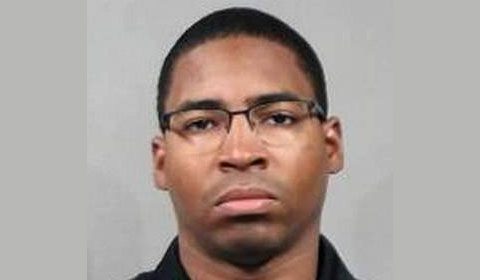 A cop in Wichita, Kansas, is out of a job because of an encounter with a dog and a roomful of small children.

Recently released police bodycam footage shows Officer Dexter Betts responding to a call about a suicidal father back in December 2017. He enters the living room area and a group of small children is sitting on the couch.

Then the family’s small dog begins to bark at Betts, who calmly pulls his gun and shoots the dog in front of the children. One of the kids yells out in pain because a ricocheting bullet has struck her in the face. The family freaks out and rush to the girl’s aid. As the cops leave the home, family members take her outside.

According to The Wichita Eagle, Betts claimed to other officers at the scene that he was attacked by the 35-pound dog and fired his weapon. After reviewing the tape, Betts was fired in January 2018, but prosecutors felt more punishment was needed. On June 21, Betts was charged with felony aggravated battery connected to the girl’s injury. He has pleaded not guilty to that charge and will next appear in court on August 20.

The video of the shooting can be seen below: