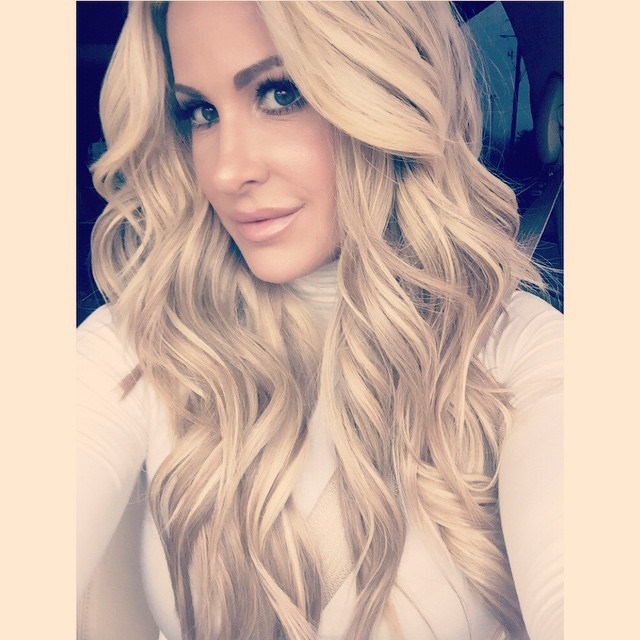 Kim Zolciak-Biermann appropriated the balance of her time on the latest season of “Real Housewives of Atlanta” manufacturing drama with every one of her fellow cast mates, and punctuating her tenure on the show by spewing racist statements into the airwaves at regular intervals.

Today, it appears that Zolciak-Biermann’s entire television career is being engulfed by drama that threatens to shut her down completely. Is karma coming back like a boomerang and hitting Zolciak-Biermann in the face? To many RHOA fans, it certainly seems that way.

The detested cast member of RHOA was reportedly fired following the season’s conclusion. And now her spin-off show “Don’t be Tardy” is a dumpster fire and is about to be canceled, RadarOnline.com learned.

“Kim is being so fake while she is filming,” an insider close to the situation told Radar.

Zolciak-Biermann was buried under an avalanche of fan outrage due to her racist comments about NeNe Leakes, replete with daughter Brielle Biermann’s roach video in Leakes’ house that was aired on the show.

Today, Zolciak-Biermann is busy “doing damage control to clean up her image.”

“Kim was really worried that people thought she was being a racist,” said the source, “but she’s just not acting like herself at all. It is so fake, and it is going to be bad TV.”

The insider said execs are losing their hair over the situation. Zolciak-Biermann, who is “acting” while wrapping season 7 of “Don’t Be Tardy,” is throwing the show into turmoil.

“She is a completely different person …” noted the source. “No one likes the footage that they’ve gotten and the execs are scrambling to make the show work.”