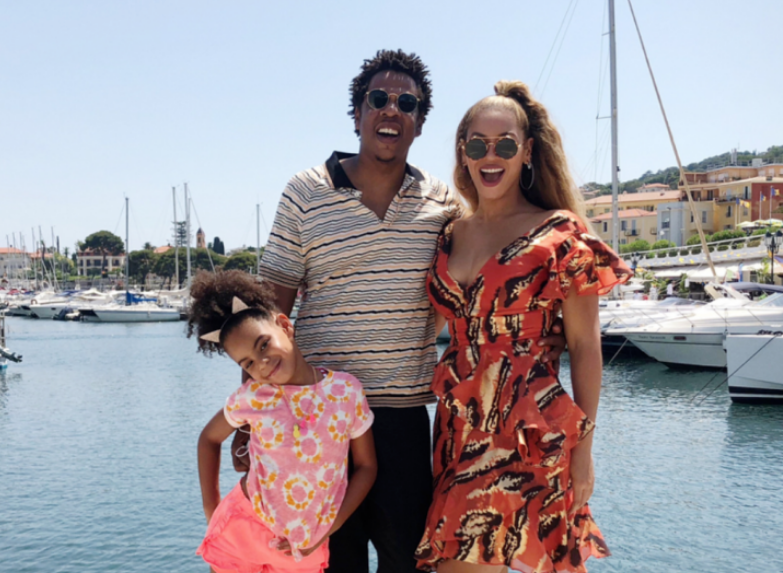 The Carters on their European vacation. Photo: [email protected]

Pop goddess Beyoncé and mogul husband Jay Z rushed their tyke, Sir, to a Charité, Germany, hospital after one of the twins had an emergency health issue.

The Carters had to take an unscheduled stop in the picturesque city to haul 1-year-old son to medical attentiono for an unspecified condition. Beyonce and Jay, as expected, did not divulge what happened, but fans are hoping that the issue is not serious, according to RadarOnline.

Local paparazzi managed to snap a few photos of Queen Bey cluthing Sir out of the hospital as she was sandwiched by bulky bodyguards.

Jay Z and Beyonce have been very wary of showing many images of their two youngest children, much like they did years ago when Blue Ivy Carter, now 6, was a toddler. Blue has since become a media sensation as her light-hearted idiosyncratic behavior has endeared her to fans worldwide, and she often unwittingly steals the spotlight from her mega-famous parents.

One example of this happened when Blue Ivy was hilariously tormented by her mother’s more risque gyrations on stage that was captured by their European fans. She was seen ducking down in embarrassment during portions of the “On the Run II” tour. But the 6-year-old was nothing but smiles for the family vacation photos.

According to PopSugar, the vacation photos were taken in Cannes, but they’ve long since taken off from that spot. The power couple was scheduled to perform in Cologne, Germany, on July 3.

Blue Ivy sported an all-pink ensemble with a tie-dyed T-shirt and cat ears. Jay-Z went retro in a striped polo and ankle-baring trousers. Beyoncé flossed an orange printed dress with a plunging neckline, but eventually traded in the transparent plastic heels to rest on the steps with the Mexican beer Corona.