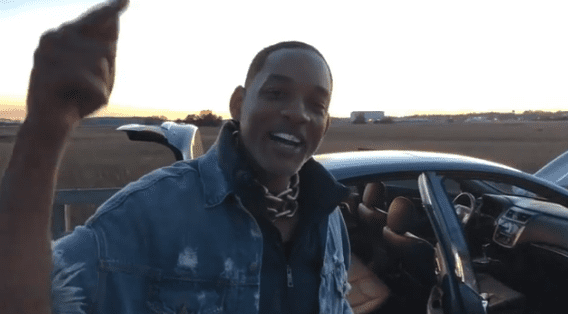 Will Smith knows what it means to do it big. Smith took the ‘In My Feelings’ challenge to another level, setting the bar so high that no one will likely top his version.

The dance, which stems from Drake’s “In My Feelings” song, has gone viral with thousands of people participating in it and posting it online. People such as pregnant mothers; an astronaut in space; the Auburn Women’s basketball team; inmates in jail; and celebs such King Combs, Chloe X Halle, and K. Michelle all participating.

Smith took the challenge and smashed it by climbing a bridge in Budapest and dancing on top of it. Currently, the video has over 5 million views after being posted three hours ago.

Last day in Budapest. I woke up #InMyFeelings I’ma Keep It 💯… I was TERRIFIED up there. That’s why my dance moves is all STIFF! Haha #InMyFeelingsChallenge #DoTheShiggy . 🎥: @jas @aidan @aaronjonferguson


Posted in Entertainment and tagged Dance, Drake, In My Feelings, Music, Will Smith