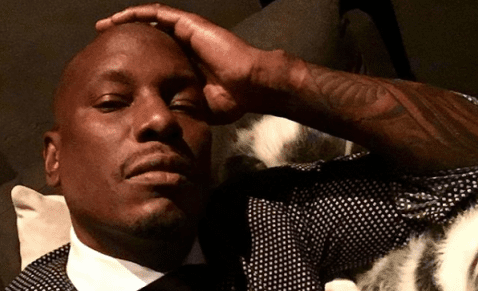 Tyrese felt that Johnson’s decision to do a Fast & Furious spinoff movie, delaying production of the next installment of the Fast & Furious record-breaking franchise, was doing Tyrese and the other actors a blatant disservice. And Tyrese fumed ad nauseam about it.

Well, Andy Cohen of “Watch What Happens Live” secured yet another coup as the first major medium to find out the friendship status between the The Rock, 46, and Tyrese, 39.

Johnson bluntly told fans that the friendship between the two California natives is irrevocably damaged. As far as 2017’s highest-grossing actor is concerned, Tyrese Gibson is now a persona non grata to him. In short, Tyrese no longer exists in The Rock’s world as he continues to churn out a succession of box-office busting movies including Central Intelligence, San Andreas, Hercules, Jumanji, Rampage and Skyscraper.

“The answer is no,” he stated when a caller probed Johnson as to whether he’s spoken to Tyrese since those scorching IG posts about him. “You know, that whole thing with Tyrese was pretty disappointing because I’d been friends with Tyrese for a very long time.”

“And I always feel like a beef requires two people to actually jump in it,” Johnson continued. “And it was really one-sided, and he had voiced his opinion a lot on social media. We haven’t talked, and I don’t see where we would, and to me there’s no need to have a conversation.”

Tyrese, as most fans recall, threw shade at Johnson nonstop for a period of about 10 months in 2017 and early 2018.

“Congratulations to @hhgarcia41 and @therock,” began one of Tyrese’s tirades on IG in 2017. “You guys are just amazing. You really broke up the #FastFamily. I tried to warn you guys. You thought I was hating. I was simply fighting to keep the family together.”

“If you move forward with that #Hobbs movie you will have purposely ignored the heart to heart moment we had in my sprinter,” he also wrote on his IG account. “I don’t wanna hear from you until you remember what we talked about. I’m on your timeline, ‘cause you’re not responding to my text messages.”

Besides bashing the Bay Area-born Johnson, the Los Angeles-bred Tyrese also went on bizarre and incomprehensible tirades about his ex-wife, his daughter, his financial woes and even claimed he could not secure work in Hollywood.

At Tyrese’s lowest point, he would videotape himself sobbing about his imploding world and even lied about Will and Jada Pinkett Smith gifting him $5M. Tyrese would later blame the powerful prescription medication he was given to treat depression and anxiety as the culprit for his behavior.

Now, Tyrese is left to clean up the rubble that he created. There are no reports of any upcoming acting gigs; his last major job was 2017’s The Fate of the Furious and his last TV gig was Fox’s “Star,” also last year.

Tyrese is hardly destitute, mind you. According to Celebrity Net Worth, the singer has a net worth of approximately $10M.