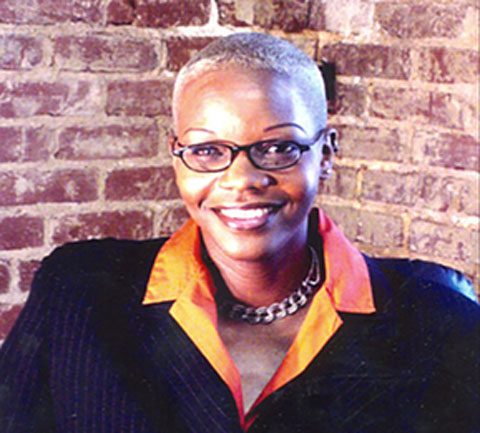 Zina Age was worried back in 2003 because her 12-year-old godchild was back in the doctor’s office sick again. He had been a sickly child since he was born; with frequent hospitalizations and regimes of antibiotics, he had seen his share of hardships. But this time something was different. The doctor told her family now something unbelievable: at 12, her godchild had AIDS.

Out of this experience grew Aniz and its mission of HIV awareness  and battling the opioid epidemic in the Atlanta area.

Rolling out spoke with Age, the founder of  Aniz Inc, about her Atlanta based organization and the secrecy, shame and guilt of HIV in the Black community.

Tell our readers about your organization.

Aniz Incorporated was founded 22 years ago and at its root is the memory of my godchild who was infected with the HIV virus. His medical providers could never connect the dots regarding his ultimate diagnosis and he did not receive the timely care he needed. Out of that came Aniz.

Your godson was diagnosed at a time when HIV was considered a death sentence. Is he with us today?

No. He died in 2003. He was born in 1981. My gut tells me he was among the first of the children to be born with the virus at that time. During this era, they were not testing infants. It was believed that the virus was passed through men, so they were not testing women and IV drug users. His biological mother was a heroin addict in NYC and gave birth to this child. Incredibly, the mother is still living but her children are dead. She is still using and it’s how I’m starting to connect the dots on this opioid epidemic, because I feel heroin is interfering with some part of the immune system. I know a lot of people who are on heroin and are still living with this virus. My organization is actually trying to get pharmaceutical companies to do a formal study on the correlation between opioid use and the spread of HIV.

Now that we are seeing the opioid crisis hit an population that can make change, and has the power  I am hoping that we will have more sympathetic ears for our voice and ideas. In the early 90s, nobody wanted to hear about it because it was affecting a population that could not effect change.

Tell us about how the diagnosis laid the foundation for Aniz Inc.

We found out the child was HIV+ when we took him to Scottish Rite Children’s Hospital in Atlanta. When they told us we were shocked. All this time in his short life we never knew he was positive. For the first 12 years of his life, he had every symptom of HIV infection and no one caught it. I attribute part of that from his move from New York to Georgia while he was an infant. In the deep south at that time, everything seemed at least 15 years behind what was current in the North.  The pediatricians weren’t even testing children for HIV because it was believed you could only get from men having sex with men or IV drug users. So at this point, I asked his normal pediatrician why he never tested for HIV and he responded that his mother was not a high-risk IV drug user. Unfortunately, the doctor never knew that my godchild’s mother was not his biological mother. Family members started using disposable plates and plastic forks around the child, I began to become upset about the stigma that my godchild was undergoing. That’s when I laid the foundation for Aniz to help the “affected” populations. Because I am psychologically affected,

How did you  combat the secrecy, shame, and guilt of HIV?