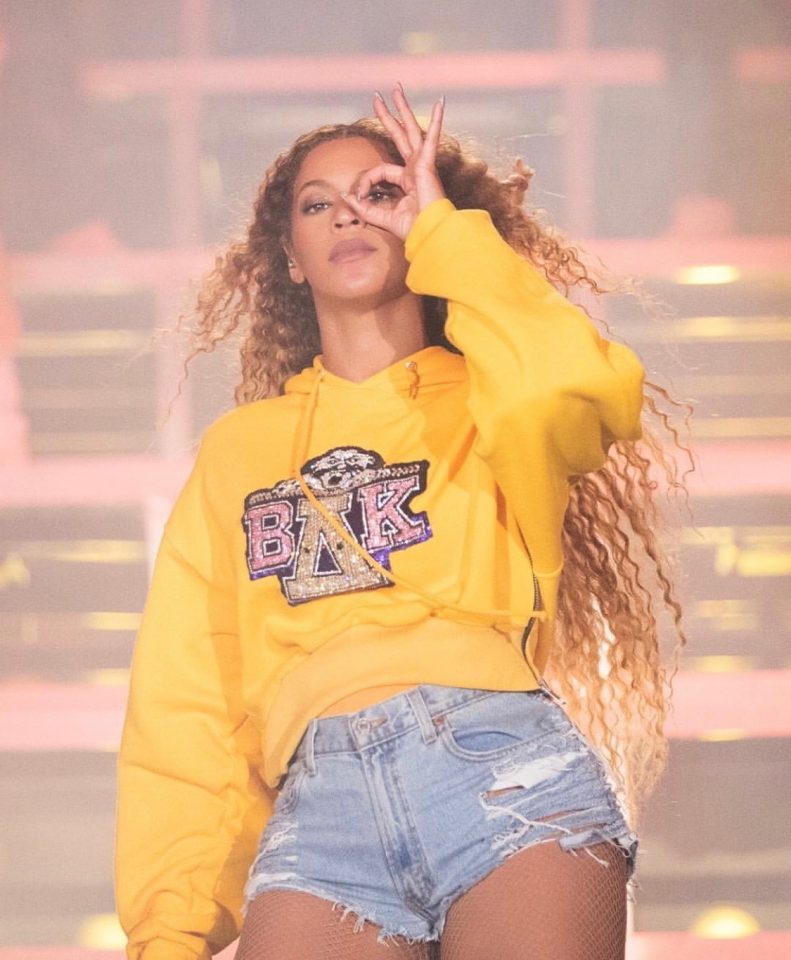 Beyoncé‘s epic performance at the 2018 Coachella Valley Music and Arts Festival blew our minds, took us on a journey through decades of her hits and made history in more ways than one.

It marked the first time in Coachella history that a Black woman headlined the celebrated music festival. Queen Bey also made history curating a show that paid homage to the unquestionable power of Historically Black Colleges and Universities (HBCUs). Her drumline-themed stage show included stepping, dancers, a marching band and other aspects of HBCU life that thrilled the audience.

She also paid homage to Black Greek-letter organizations, debuting her a one-of-a-kind, gold-colored hoodie emblazoned with the emblem for her own fictitious sorority, Be(y)ta Delta Kappa. Her performance, dubbed “Beychella,” left many HBCU grads beaming with pride and even more wondering where they could get Beyoncé’s Greek gear.

The outfit’s signature varsity styles were created by Oliver Rousteing, a Black designer and the creative fashion director for French luxury fashion house Balmain. On Friday, July 13, Balmain launched a three-piece Balmain x Beyoncé collection at its Paris flagship store. The collection is comprised of a yellow-and-pink sweatshirt similar to the one Beyoncé wore on stage at Coachella and a black tee with the same sorority-inspired graphic.

Fans wanting to have Beyoncé’s onstage Coachella look can expect to pay a pretty penny for it. Her hoodies retail for $895 and T-shirts for $295. They are now on sale at Balmain.com and beyonce.com. The average person may not be able to afford her designs, but for those who can, proceeds from the sales will go to a good cause.

Beyoncé shared her appreciation to institutions that nurture and support Black education and excellence. After her Coachella performance, she donated $100,000 to four HBCUs: Xavier, Wilberforce, Tuskegee and Bethune-Cookman universities. In addition, proceeds from sales of items in the Balmain x Beyoncé collection will benefit the United Negro College Fund, which helps thousands of students attend college, thrive, graduate and become future leaders.