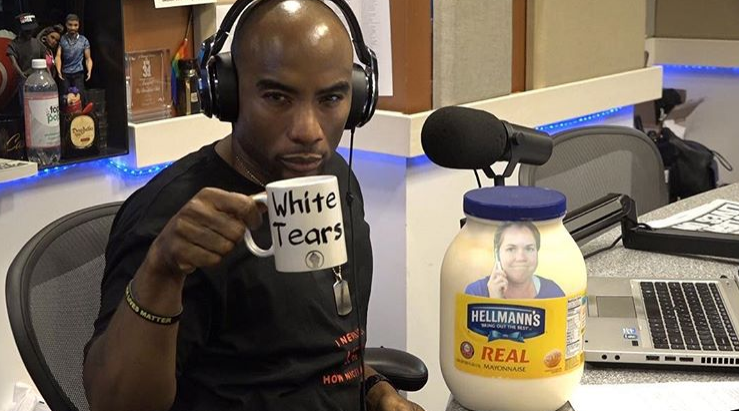 Nationally known radio show host Charlamagne Tha God is under fire anew after a podcast came to light in which he says he technically raped the woman who became his wife.

The timing of the revelation is bad for Charlamagne, 40, who was born Lenard Larry McKelvey in Charleston, South Carolina. He was accused of raping a teen girl 20 years ago in a case that has been thrown out of the courts. Additionally, the popular personality also admits in another podcast that he had a sexual experience with another woman back in the day after he gave her a pill he bought from a sex store.

Regarding his wife, Charlamagne had this to say on the podcast:

“I keep telling, y’all. I’ve told y’all this over and over,” “The Breakfast Club” host said in audio released by Starr Report and published by the likes of Vibe magazine and The Root. “It’s a lot of things guys did especially when we were young that were rape that we just didn’t consider rape.”

As an example, Charlamagne, who has just been hired to host “The Gray Area With Charlamagne Tha God” on HBO, said that before he married his current wife, he dated her for an entire year before they had intercourse.

Afterward, when they both were heavily drinking, Charlamagne’s then-girlfriend got “sloppy drunk” and then they had sex.

“Me and my wife dated for a whole year, she would not give me no p—-” Charlamagne reveals. “Me and my wife hung out one Saturday night and she got sloppy drunk and passed out in my momma’s house and I got that p—-. She was f—— me back and all that but she was really drunk.”

To confirm what he was thinking, Charlamagne said he asked her what she thought about the first time they had sex.

This time, Charlamagne tried to mop up his own mess by reportedly calling his wife on the air during “The Breakfast Club” morning radio show. He asked her the same question: “Did I rape you the first time we had sex with each other?”

This time his wife responded by saying this: “That’s not what happened, we both know what happened and I was not passed out. I was very coherent, like enough for me to lift off my hips so you could take my panties off.”

This matter is problematic for Charlamagne because of the following podcast that was just released where he says he gave a woman a pill before they had sex. At press time, Charlamagne is still in good standings with HBO and 105.1 radio station. However, there is a petition calling for Charlamagne’s termination from the radio station and cable network that is 19K strong.

On the flip, Charlamagne discusses giving a woman Spanish fly and having sex with her while she was incoherent. Caution: the video contains very strong language (NSFW): Click Here to view.