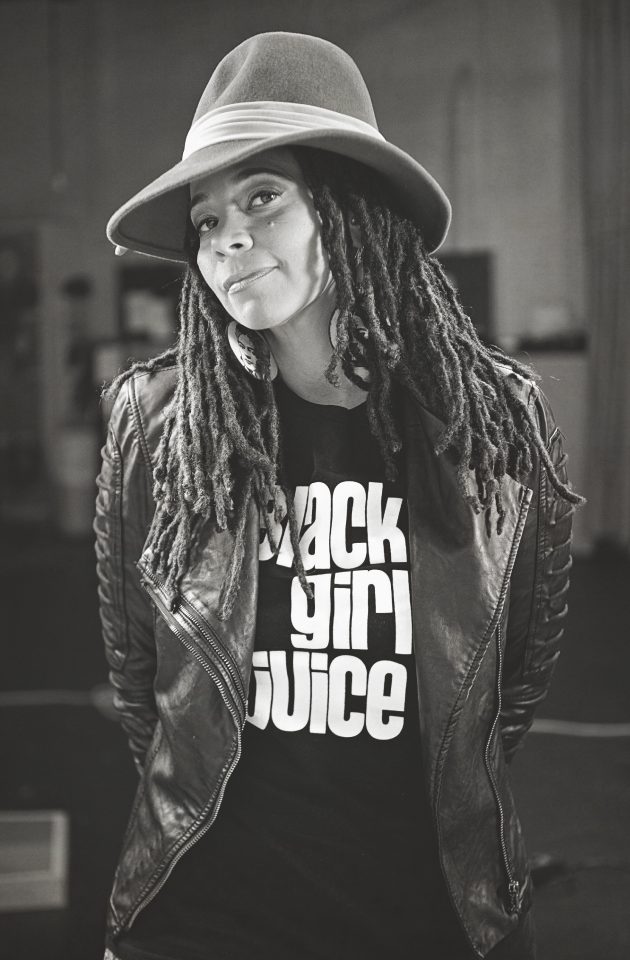 Jessica Care Moore is a woman of many talents. Not only is she is a world-famous poet and the author of several literary works, but she also is the founder and executive producer of the Black WOMEN Rock! movement, and founder of a literacy-driven foundation that bears her name.

In 2019, she will add playwright to that list with the scheduled premiere of her theatrical work Salt City in Detroit.

Moore has graced stages around the globe with her poetry, including The Apollo Theater, Carnegie Hall, and London Institute of Contemporary Arts, to name a few. She has continued to win the hearts of her audiences and fans since the first time she performed in the ’90s  at The Apollo Theater, captivating the audience with her poems Black Girl Juice and Black Statue of Liberty. She won the legendary “It’s Showtime at the Apollo” nationally televised talent competition a record-breaking five times in a row.

Moore is an influential author of numerous literary works, including The Words Don’t Fit in My Mouth, Sunlight Through Bullet Holes, We Want Our Bodies Back and a memoir, Love is Not the Enemy. In 1997, Moore created her own publishing company, Moore Black Press, which features her own work as well as the work of other famed poets and authors, including retired NBA player Etan Thomas; co-founder of Def Poetry Jam Danny Simmons; Ras Baraka, mayor of Newark, New Jersey. Moore’s poetry is also featured on Nas’ Nastradamus album and Talib Kweli’s Attack The Block mixtape, and she is a recurring star of Russell Simmons’ HBO series “Def Poetry Jam.”

During the National Black Arts Festival in 2004, Moore debuted her talents and showcased the talents and stories of Black women while honoring pioneer funk and soul singer Betty Davis. Black WOMEN Rock! is an all-inclusive and empowering safe space for Black and Brown women to tell their stories through their own art forms, whether that is singing, poetry or instrumental music. This 14-year-old movement honors past musicians and poets while joining arm in arm with future ones. Presently, Moore is featured in the National Museum of African American History and Culture in Washington, D.C.

Rolling out had the pleasure of speaking with Moore about the significance of leadership among Black women, her personal mentors and her superpower.

As a woman of color, what do you consider your superpower to be?

I’m a Black woman, and my culture, my global connection to women all [around] the world, is my superpower. Poetry is my gift [and] power, too. I’m always sharpening that sword. 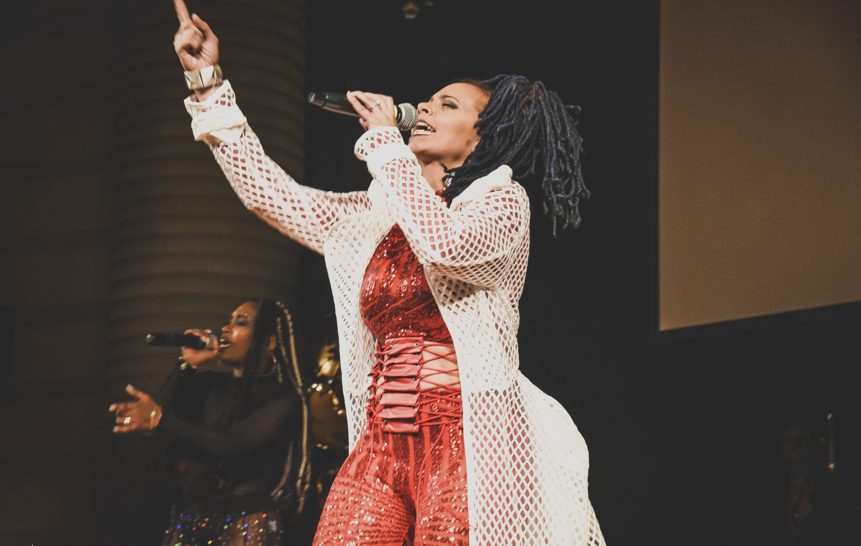 What key qualities makes you unique as an African American female leader?

I’m an artist and writer, and what makes me unique is I’ve invested in supporting the work of other artists for most of my career. I created Moore Black Press in 1997 in Brooklyn. I wanted the poets of my generation to have a voice [and] space in the literary world. Black WOMEN Rock! began in 2004 at the National Black Arts Festival. Nearly 15 years later, Black WOMEN Rock! continues to honor Betty Davis and celebrates Black women who sing rock ‘n’ roll music.

Spend more time developing your own body of work, and remember to rest.

Why is it important for women of color to work in leadership roles and decision-making capacities?

When Black women are writing the checks and running institutions, we aren’t invisible. 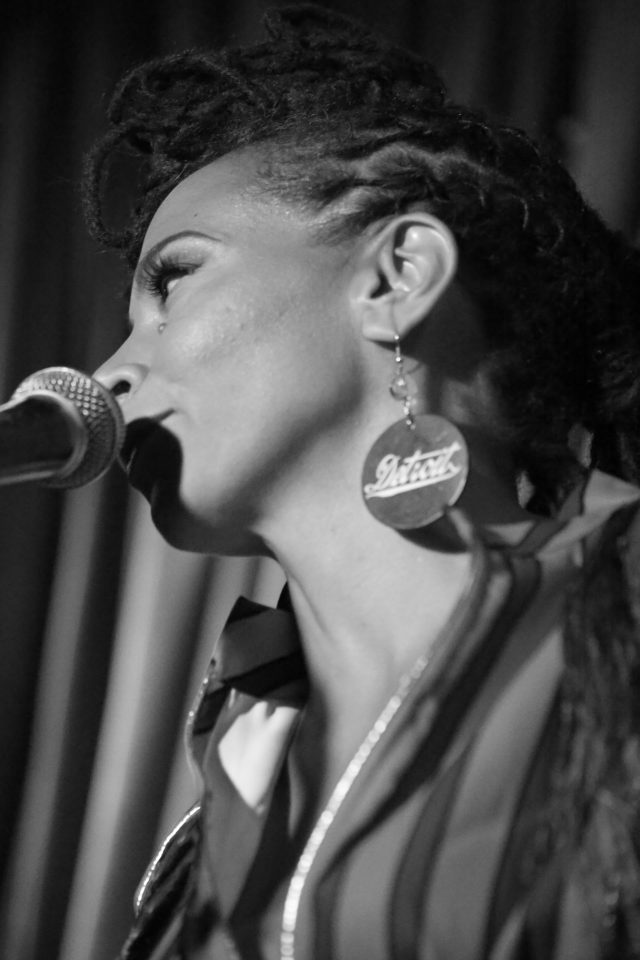 If you could thank any Black woman history-maker for her contributions to society, who would it be and why?

So many, [but I would thank] Harriet Tubman for being a warrior for our people [and] for being a freedom fighter.

Why is it important for the more matured, seasoned and experienced Black woman to reach back and help younger women of color?

Without Sonia Sanchez, without Ntozake Shange, I would not exist. 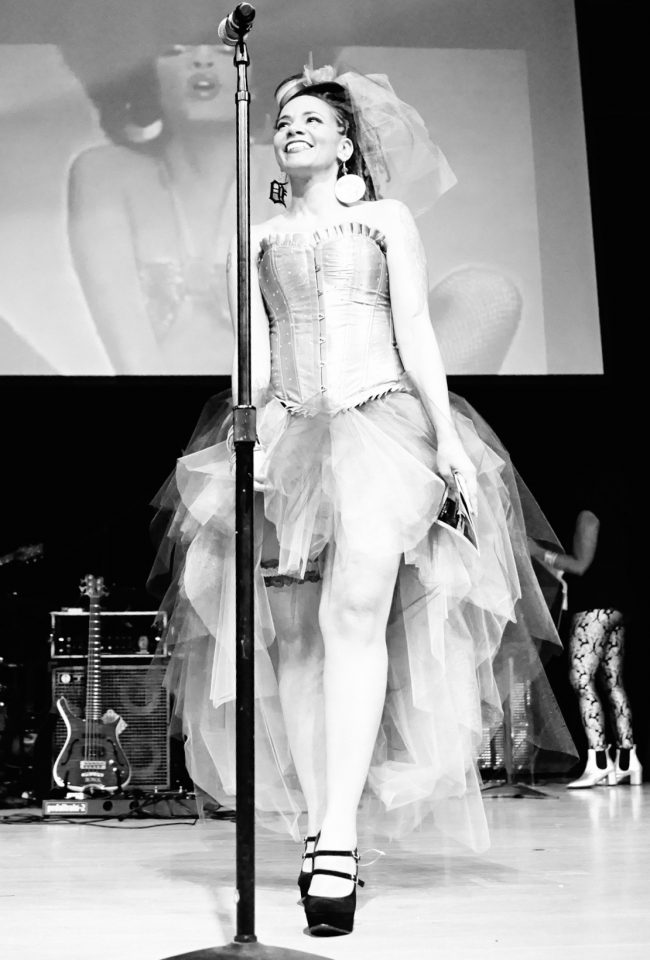 What are your thoughts on taking risks and making mistakes?

I believe in both. I’ve made so many mistakes, and it’s important that we make them, learn and grow. Without risk, nothing cool [can] happen. 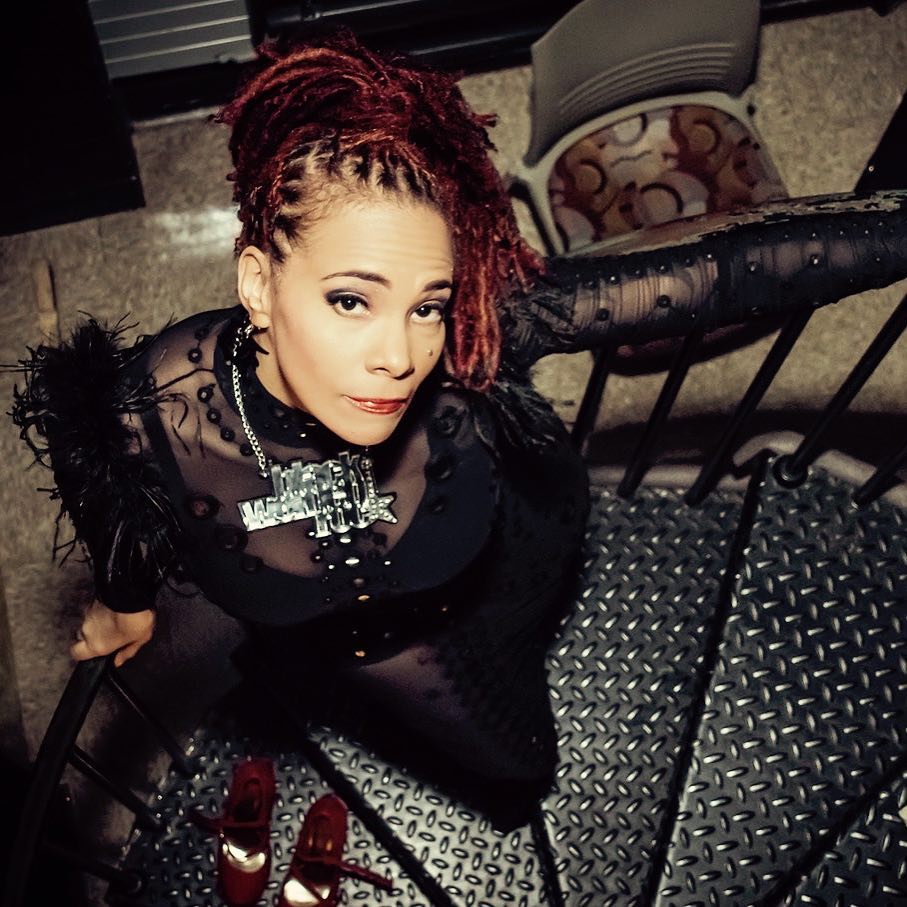 What are three success habits you implement into your daily routine to maintain your success, sanity and peace of mind?

As a successful woman in business, what is your greatest achievement?

Longevity. I am still here. I have new ideas, and I am inspiring youth to begin developing their passion into a career.

Who is your biggest inspiration? Why?

My daddy Thomas Moore aka TD. He was a force. Before his time. He worked for himself — Tom’s Trucking. He showed me what manhood looked like. He loved his children. He was always working, and we always danced [together]. He helped me become the powerful woman I am today.

If you could have any person in the world become your mentor, who would it be and why?

I love the mentors I have in place: Sonia Sanchez, The Last Poets, Haki Madhubuti, Walter Mosley. If I could have one in the entertainment business, Oprah.

Check out this prized throwback of Jessica Care Moore performing one of her most famous poems, Black Statue of Liberty.