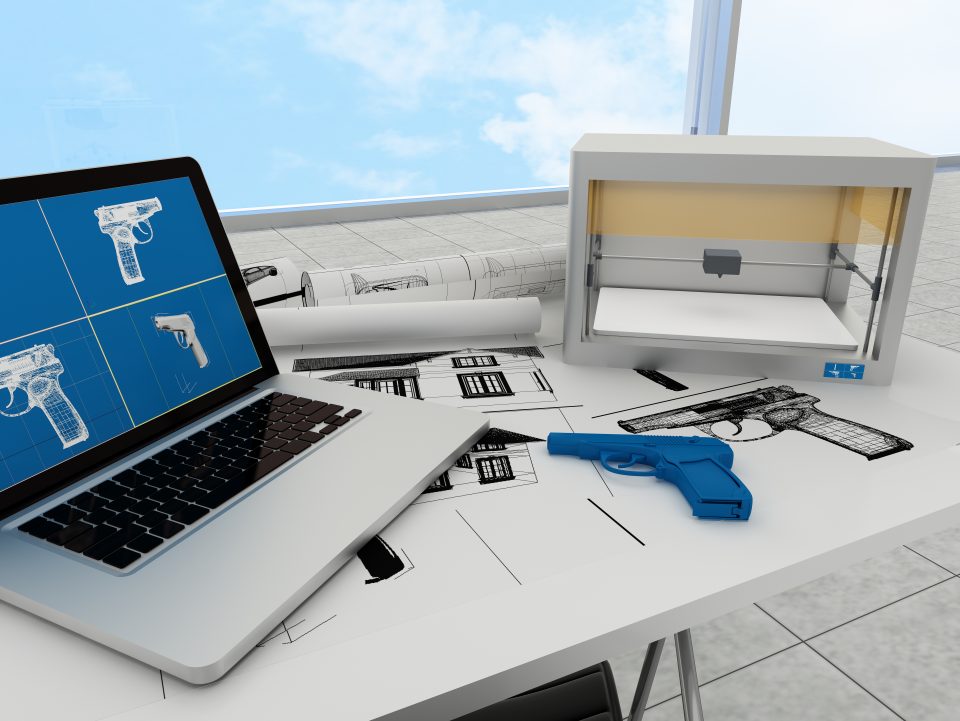 3-D printer and gun are a danger to Black America (Image Source: Shutterstock/Belekin)

For the past 20 years, the United States has been plagued by gun violence with a growing number of mass shootings at schools, churches, concerts, movie theaters and malls.

With each shooting, officials at the National Rifle Association (NRA) and its supporters have insisted that ill-intentioned individuals and easy access to firearms by felons and the mentally ill are the problem — not guns.

And when lawmakers try to introduce substantive gun-control legislation, the NRA and its supporters raise a rallying cry about protecting the 2nd Amendment, call gun victims  “crisis actors” and dismiss the issue as “fake news.”

The NRA has now backed perhaps the most irresponsible and deadly piece of technology to be placed into the hands of the public — untraceable, three-dimensional, printed guns, also known as ghost guns.

This week, Austin, Texas-based Defense Distributed, which describes itself as a “nonprofit, private defense firm principally engaged in the research, design, development and manufacture of products and services for the benefit of the American rifleman,” was going to release online plans that can be used to create 3-D guns, including not only handguns but also assault weapons.

All it would take is for one disgruntled, mentally unbalanced, racist, lone wolf actor with the financial resources to print a weapon of mass murder in their homes if the NRA and Defense Distributed have their way.

Thankfully, a federal judge blocked Defense Distributed from releasing the plans, which were scheduled for today, Wednesday, August 1.

Late on Tuesday, July 31, U.S. District Court Judge Robert Lasnick issued a last-minute nationwide restraining order against 3-D printed guns, temporarily stopping the unleashing of a nightmare that could have made it possible for gang members, terrorists, everyday racists and lone-wolf actors to have the ability to download and print a working firearm.

The judge’s action came in response to a lawsuit filed in federal court against Defense Distributed by the attorneys general of seven states and the District of Columbia ordering Defense Distributed to cease-and-desist in its release of 3-D gun plans in those states.

The issue is being closely watched by law enforcement agencies across the country. “I think it’s safe to say that the law enforcement community is deeply disturbed by the prospect of even more guns flooding our streets,” Atlanta Police Chief Erika Shields told rolling out. “Any semblance of responsibly vetting potential gun owners goes completely out the window with these downloadable plans. These do-it-yourself guns will make it easier for these weapons to get in the hands of criminals and make it harder for law enforcement to track the perpetrators of gun violence.”

An online search revealed that 3-D printers capable of creating a working firearm are priced as low as $500. The material used to print the weapon is comparable to the resin used to create LEGO building blocks.

Even plastic guns have the ability to take real lives even if they are fake. The tragic death of 12-year-old Tamir Rice is a prime example. On Nov. 22, 2014, the youngster was playing with a toy gun at Cudell Recreation Center in Cleveland, Ohio. An unidentified woman called the police and said Rice had a real gun at the park and was pointing it at people. In response, Officer Timothy Loehmann pulled up in a squad car, jumped out and shot the child dead, without warning and within seconds. The murder of Rice was caught on surveillance camera and Loehman’s shooting of the child was later found justifiable and reasonable by experts.

The deaths of Rice and other Black persons, who were killed by police officers who thought they were carrying a real gun, are bound to increase. Additionally, the thought of ghost guns on the streets of cities like Chicago, where gun violence is rampant, should be cause for alarm for any resident.