“The Wire” debuted on HBO June 2, 2002. Tray Chaney was hired to be in the pilot for a non speaking part, which turned into him being one of the last ones standing at the March 9, 2008, finale. Ten years later, the married father of two continues to build his craft as a renaissance man in both music and TV. Not only that, he’s chosen to bring awareness to one of the best role models a child can have, a dedicated father.

Chaney currently stars as Kendrick on “Saints and Sinners,” Bounce TV’s number one show on the network.

Rolling out sat down with Chaney to discuss life after “The Wire,” as well as his new initiative, the Dedicated Father Movement.

Lets talk about “The Wire.” It was your first acting job?

It was my first audition, acting job, everything. I was only supposed to be in the pilot. Poot didn’t have any lines. I wasn’t an extra but I really wasn’t supposed to do much. David Simon and HBO saw more in me. Because of that, I started to take acting more seriously.  God put me there for a reason. So that pilot turned into a full five seasons. Speaking for myself and for the other actors, we didn’t know “The Wire” would become groundbreaking TV.

That’s a thought right, does any creative every know how special a project is going to be? Something to ponder.

Artist should focus more about doing the work. Sometimes the thought of being focused on going to the next level could hinder us from actually getting to the next level In this day and age you can do more than one thing to get yourself out there. And with the internet, you don’t have to live in Hollywood, New York, or Atlanta to get yourself out there. You can build your own buzz, back yourself, and still get there. So it’s really less important to believe, “this is going to be my big break”, it’s more important to do well.

Did you expect to take off really quickly when “The Wire” ended?

I started to get offers about independent films and certain roles but a lot of it was type casting me as a drug dealer so I really had to figure out what direction I wanted to go. After the show ended, I was sort of lost.

Automatically, when it was over, you can expect to get calls for more opportunities because you were known with such a great cast and show, but a lot of people didn’t know me outside of the show. For a good two years, I was really confused on what I wanted to do next.

Something just kept telling me I have to take advantage of who I am and capitalize on that. So I started to write and develop music and film. I also spent my time doing public speaking engagements which, without “The Wire” I might not have gotten. My content was always positive, and I wanted to inspire them in everything I did. I am focused on the work. You put out good and good things will happen.

You mention speaking to kids and reaching back to the community. Foundationally, where did you get these values?

I came from a two parent home. I also had a lot of strong male examples in my life. I credit my family [for having] strong support systems.,actively remaining positive, and surrounding myself with positive people.

Let’s talk about “Saints and Sinners.” What role do you play, and how did you get the role?

I play the son of Rex (Clifton Powell, Jr)  and Lady Ella (Vanessa Bell Calloway). He is introduced to the show as an ex-con from a broken family really trying to find his way and make a better life for himself. His family is just not very supportive. He had been through so much.

I am just so happy to have gotten the call for the show in 2015. Before it came along, I was auditioning, and touring with my music (with Big Daddy Kane).

The Black father is like an anomaly. Not because they don’t exist; it’s because the narrative is not often highlighted. Thoughts?

That’s the way I understand it to this day. People are really raving the dedicated father’s t-shirts and movement because it’s authentic. I am really a dedicated father; I go to the extreme for my kids and family. I think that’s why it’s becoming successful. I am trying to get it to everyone. I want it to get into the hands of all of the dedicated fathers in this nation, in media, as well as the world. I just really want to forge a movement to inspire. And pass on the message on fatherhood.

To get your own Dedicated Father’s T, (he also has one for mother’s, visit www.trayscurriculum.com/store.

Tray just wrapped production on the directed by Columbus Short called Scott Free, which is set to release next year. 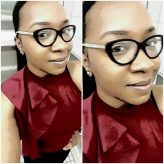 Born in the City of Wind, Laura Miller is a freelance writer who covers entertainment/media, politics and music. She also is the Creator of The SistaGurl Blog, an empowerment blog for women of color. Follow her journey on IG: @lauramillerpens, Twitter: @80sbaby_83 and website www.thesistagurl.com.